According to the Irish news-blog Slugger O’Toole a majority of voters in the southern part of Ireland disagree with the decision by the elected members of Belfast City Council to reduce the flying of the British national flag from the rooftop of the city hall to a number of specific days during the year. The claim is based on a telephone survey of 1002 adults carried out by the Red C polling group on behalf of the Irish bookmaker Paddy Hill (!) and first reported in the Irish Independent newspaper. The article in the Indo claims that:

“Over half of those surveyed, 57pc, felt Belfast city council was wrong to restrict the flying of the Union flag at Belfast city hall.”

Er, except that they didn’t. Not that readers would know it since the webpage of the Irish Independent newspaper fails to provide a direct link to the polling data. If fact the survey states that:

“In total, just a third of Irish voters (35%) thought the council were right to restrict the flying of the Union flag, while 47% thought they were wrong to restrict it and 18% did not express a view.”

However things get somewhat more complicated when one looks at the graphic illustrating the claim.

Now look at the question that was asked by the pollsters:

“Recently Belfast City Council restricted the flying of the Union flag over Belfast City Hall, by limiting the number of days it can be flown to 17 days per year. Do you think the council were:

Wrong to restrict, as Belfast is in the UK and the flag should be able to be flown there?

Right to restrict the flying of the union flag, as it will be flown on specific occasions?”

This wording of the first question is clearly leading with the desired answer built into it. Like many others, I suspect, I will be filing this latest survey in the waste bin.

However given the hypocritical nature of the Unionist-sympathising Irish news media would anyone be surprised by results as bizarre as those claimed above? As several commentators have noted, the majority of the Irish press establishment has taken a softly-softly line on the demonstrations and rioting by anti-democracy protesters from the British Unionist minority in the north-east of the country. Here is an article by Victoria White from the Irish Examiner that takes moronic to a whole new level:

“THERE is no excuse for loyalist violence on the streets of Belfast.

But let’s not pretend there’s no reason for it. An injustice has been done. The loyalists on the streets have seen the democratic process operate to take from them the symbol of their identity.”

So, there is absolutely no excuse for Loyalist violence. But, hey, here’s one anyway. And it’s all the fault of that terrible thing called “democracy”. Ó ochón agus ochón ó! What are we to do? Perhaps a wee bit of compromise?

“People talk about flying both the Tricolour and the union flag from city hall, as if that would be a solution. But joint sovereignty has not been agreed. The union flag is still the national flag.”

Ok, so none of that then. After all, compromise, working things out is an agreed manner, sounds positively suspicious – almost democratic. Nasty stuff, altogether. For, you see, Victoria understands the Unionist loyalty to their flag, albeit from an Irish point of view.

“Intellectually speaking, I understand the stupidity of allegiance to any flag, but emotionally speaking, mine’s a green, white, and gold.”

“Green, white, and gold“? As opposed, say, to green white and orange. the colours of the Irish national flag? Ooookay. Not the sharpest tool in the toolbox, then. Talking of tools, over in the Irish Independent (in the Lifestyle section) a fellow Unionist-sympathiser offers his opinion:

“Personally, I have a lot of sympathy for Loyalist outrage at the limits on when the Union Flag (memo to RTÉ: it’s ‘Union Flag’ and not ‘Union Jack’) flies at City Hall in Belfast.”

Well of course you do. You write for the Irish Independent newspaper where Union Jack underwear is all but mandatory for every member of staff. Oh! Did I use the right term there? “Union Jack” is alight? I wouldn’t want to upset diddums by dissing his national flag.

Ah, but you have other things to concern you, poor chap.

“…Republican Sinn Féin held an open rally and march in Limerick and threatened to kill any Irish person who joins the British armed forces.

Someone called Michael Kiely read from a statement and said: “The moment you don a British uniform you become a legitimate target for the IRA.”

Well, following that logic, I presume Mr Kiely now accepts that he is a legitimate target for British special forces?”

What, like Pat Finucane? Is that what you mean? Not that I believe for a moment that an Irish journalist would advocate the murder of a fellow Irish citizen to serve Britain’s political or security needs. That would be taking “Lifestyle” choices a wee bit to far. 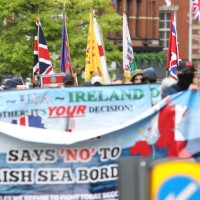 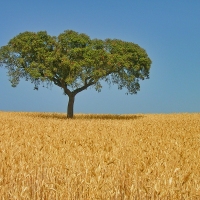 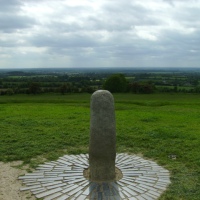