The government of Britain has announced its refusal to investigate the Ballymurphy Massacre of 1971, a three-day killing spree by British troops in an Irish Nationalist enclave of west Belfast during the earliest days of the conflict in the north-east of Ireland.  Despite the demands for an independent investigation made by survivors and their families, politicians from across the Irish political spectrum, the government of Ireland, and members of the European Parliament and United States Congress the British Secretary of State Theresa Villiers has dismissed the need for such a tribunal. The events of that bloody year have been made clear through the work of dedicated researchers, historians and journalists.

In August 1971 the embattled British Unionist regime in the north-eastern part of Ireland imposed “internment” or imprisonment without trial upon the region, a previously tried-and-tested method of suppressing political opposition amongst the Nationalist community to the one-party administration at Stormont. Supported by the government of Britain the implementation of “Operation Demetrius” involved thousands of British paramilitary police officers and troops and the seizure of up to four hundred people from their homes and places of work across the territory in scenes of bloodshed not witnessed since Ireland’s War of Independence some sixty years earlier. Many of the detainees were processed through torture-centres like Castlereagh, some subject to “special interrogation” techniques overseen by military medical personnel, while others were fast-tracked to the sprawling Long Kesh Concentration Camp in County Down or the notorious holding pens of HMS Maidstone, a converted British naval vessel moored in Belfast Harbour. Over seven thousand people were displaced from their homes, many families fleeing across the border to the relative safety of refugee camps in the south, while the cities of Derry and Belfast erupted into virtual insurrection. In the latter the western district of Ballymurphy became the scene of one of the earliest massacres in the entire conflict. The perpetrators were soldiers of Britain’s Parachute Regiment, a unit that was to gain global infamy several months later when its members were ordered to attack a civil rights march in Derry murdering fourteen demonstrators and wounding dozens more. Over the course of three days in 1971 the soldiers of the “Paras” went on a killing-spree in Ballymurphy, at that time a relatively small Nationalist community easily isolated from the rest of the city.

Starting on the night of the 9th of August paratroopers began to target random members of the civilian population, the first death relating to the wounding of Bobby Clarke, shot by a military sniper while trying to carry a child to safety during attacks by British terror gangs from the neighbouring Springmartin estate. When local people went to his aid they were pinned down by fire from nearby troops until a local priest, thirty-eight year old Father Hugh Mullan, moved out into the open waving a white cloth. Despite the danger he managed to reach the injured man, establish that he was alive, before being shot in the back as he retreated to safety. Witnessing the second shooting a nineteen year old youth, Frank Quinn, rushed out to help the priest but he too was shot, this time in the back of the head. Both men eventually died of their injuries, their bodies left in the open for some time before they could be safely recovered by local people.

Meanwhile soldiers based at a recently commandeered building known as the Henry Taggart Memorial Hall began firing on the surrounding neighbourhood. A number of people were caught in the open when the shooting commenced and sought refuge in a small field opposite the installation. Nineteen year old Noel Phillips was one of several wounded youths trapped in the location and as he lay on the ground Joan Connolly, a fifty year old mother of eight, rushed to his aid. Almost immediately she was shot in the side of the head by one of the ubiquitous British snipers, the impact removing part of her face and blinding her. According to eyewitnesses she stumbled on, local women screaming at her to follow their voices until the soldiers, realising that she might make it to cover, fired several shots at her legs. She collapsed to the ground, another bullet slamming through both her shoulder and her hand as she held it up begging for help.

When the barrage of gunfire ceased dozens of civilians lay injured while Daniel Teggart, a father aged forty-four, lay dead having been hit by fourteen bullets (most of the gunshot wounds were to his back as snipers repeatedly shot him in the hope that others might attempt a rescue, in the process providing fresh targets). Within minutes British troops fanned out from their fortified base and into the nearby field and in front of numerous eyewitnesses the prostrate teenager Noel Phillips was summarily executed with a single shot to the back of the head. A second man was dragged from the field and shot four times at point blank range though he managed to survive his injuries. The many victims, wounded and dead, were thrown into the back of an armoured vehicle and brought back to the hall where they were subject to sustained torture. As well as beatings the soldiers jumped off the top of bunk-beds onto the bodies and heads of the victims while others shoved blunt objects into their gunshot wounds. Joseph Murphy, a forty-one year old father who had been wounded in the leg and was bleeding profusely, was shot at close range with a rubber bullet in the open wound later dying from his injuries. At one stage a group of frenzied soldiers threw the now naked and bloodied corpse of Daniel Teggart into a room containing a number of terrified prisoners. Meanwhile Joan Connolly, who had been ignored by the soldiers when they entered the field, lay wounded and blind. Despite repeatedly crying out for help she bled to death, local people too terrified to approach her as violence continued to erupt around the district.

If the people of Ballymurphy thought their travails were over they were to be bitterly disappointed over the next two days. On the 10th of August Eddie Doherty, a twenty-eight year old father of four anxiously checking on the well-being of his elderly parents, was shot in the back near a street-barricade erected by local people in a desperate attempt to keep the British military out of their area. The improvised defences were being demolished by vehicle-borne troops during riotous scenes when one of them opened fire from an armoured digger. Doherty was carried to a neighbouring house but died some time later of his wounds.

On the morning of the 11th of August another local civilian, twenty year old John Laverty, was gunned down by marauding British soldiers while Joseph Corr, a forty-three old father of six, was fatally wounded with multiple shots fired by a military patrol. Pat McCarthy, a Quaker and community worker from Britain, was hit by gunfire from passing troops as he tried to distribute milk and bread to families that were suffering under a military-imposed curfew. When wounded he was carrying a large Red Cross flag hoping that it would provide some degree of safety. A few hours later he was seized by soldiers who publicly beat him and carried out a mock execution with an unloaded gun. McCarthy suffered a heart attack and died some time later, the members of the Parachute Regiment preventing local people getting the prostrate man to a doctor. John McKerr, a father of eight, was fatally wounded by passing troops with a single shot to the head outside a Roman Catholic church. He was the last to die in three days of violence by the British Forces that left eleven civilians dead and dozens wounded.

Once again while former Volunteers of the Irish Republican Army are subject to arrest, detention and prosecution for actions committed decades ago former members of the British Army are subject to immunity for all their actions up to and including war crimes. The need for a general amnesty and truth tribunal cannot be escaped if balance is to be restored to an increasingly shaky peace. 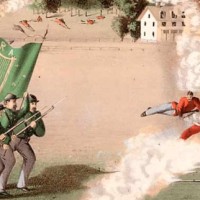 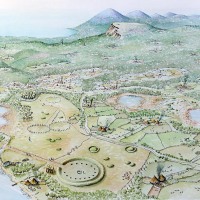