Like many other people around the world I have been shocked by the events that have taken place in Paris over the last 24 hours with the presumed “terrorist” attack on the home of the French satirical news magazine Charlie Hebdo. In contemporary western Europe such awful occurrences remain the exception rather than the rule, perhaps explaining why they have so great an impact on domestic public opinion in the region (of course the dreadful corollary of that is found in the shameful apathy felt by many in Europe when confronted by equivalent events in those countries they believe are prone to such violence; especially when they occur through the agency of certain “Western powers”). While some criticisms can be levelled at the content and editorial policies of Charlie Hebdo, and its fondness for deliberately courting outrage, in general the publication presented a liberal, secularist and indeed atheist critique of modern France and the global community.

You will have no doubt read many articles and viewed many broadcasts justifiably praising the magazine over the last couple of days so I thought I’d link to two contrary opinions on Charlie Hebdo and the events in Rue Nicolas-Appert. One comes from the Irish-born author and Far Left activist Richard Seymour writing on the blog, Lenin’s Tomb (and for the Jacobin Magazine). The other comes from an anonymous French writer published by the Irish news and current affairs webzine Nós. Both are worth reading, even if one disagrees with their analyses or perhaps the appropriateness of expressing them at this time.

As a side-note, to our own exponents of resistance to foreign dominion over part of our island nation and people I would say this: Ireland will be liberated in its entirety through an intellectual struggle not an armed one. Power will grow in the first instance from the pages of a book, the typing of a keyboard, not the barrel of a gun. Speaking Irish, reading Irish, thinking Irish will do more to challenge and overthrow the existing status quo – north and south – than a dozen dead martyrs. Knowledge learned, knowledge shared, knowledge utilised will do more to destroy the north-eastern demi-colony and reunify our country than a hundred bombs. Freedom-fighters come in more guises than one. Revolutionaries are more than just citizen-soldiers. To be a Fenian is to be the revolution and that does not require the shedding of anyone’s blood. Let the staff and associates of Charlie Hebdo be the role-model for what can be achieved by a small few against great odds. 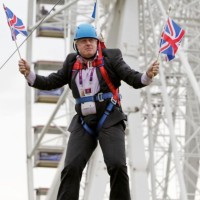