Related to my post on the rise of Iran as a regional superpower in the Middle East as a consequence of the United States’ disastrous military expeditions in Iraq and elsewhere, as well as previous pieces on the emergence of the Islamic State from those self-same interventions, comes this interview by Shane Smith with president Barack Obama for Vice News:

“…ISIL is a direct outgrowth of Al-Qaeda in Iraq that grew out of our invasion. Which is an example of unintended consequences. Which is why we should generally aim before we shoot.” 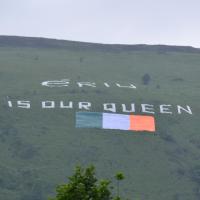