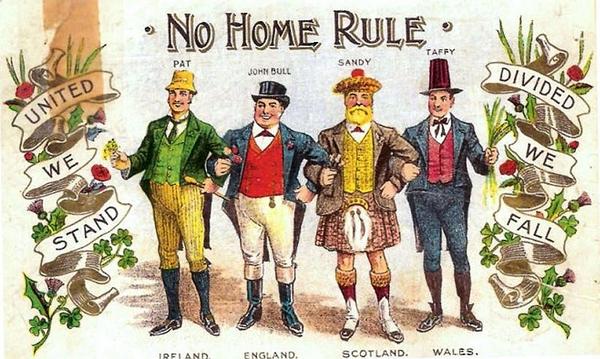 The Scottish National Party is a popular, mainstream, democratic, left-of-centre European political group which has managed the devolved government of Scotland since 2007. It’s current leader, Nicola Sturgeon, is a well-regarded politician with broadly centralist and progressive policies, certainly nothing that would overly-scare the conservative horses of the all important “business community” or offend the liberal sensibilities of the urban intelligentsia. She is everything that most left-leaning news media in most countries would adulate. However the rise of the SNP in the polls ahead of the UK’s forthcoming general election has led to some extraordinary attacks both on her party and on her in particular from across the political and journalistic spectrum in Britain. She has become the bête noire of the “Greater England” parties of the centre-right Conservatives and centre-left Labour (not to mention right-wing UKIP or the right-left Lib Dems). A majority of the metropolitan press in London, regardless of where they sit on the ideological see-saw, have ran story after story criticising Sturgeon, her colleagues and indeed the people of Scotland as a whole while seeking to defend the interests of the British (aka. English) people.

Boris Johnson, the bumptious mayor of London and Tory aspirant for the office of prime minister, has described Nicola Sturgeon as a “scorpion” while also comparing her to King Herod, the king of Judea who ordered the slaughter of all the baby boys in the town of Bethlehem (or so Christian mythology would claim). Meanwhile John Major, an actual prime minister – or at at least former one – has waded in with similar dire predictions resulting from an SNP electoral land-slide in Scotland. These claims have simply added to the mountain of insults and sub-racist allegations thrown against the Scottish nationalists in recent months, each attempting to out-do the other in terms of their egregiousness or incitement to animosity. Some people it seems won’t be happy until they actually have to wade through “rivers of blood“; or to paraphrase the more militant demagogues of the British Unionist minority in the north-east of Ireland, “We are the Tommy Boys and we are up to our knees in Caledonian blood!“.

Of course, none of these politicos – or the journalists and newspapers who have given such prominence to their utterances – have raised so much as an eyebrow at the thoughts of either the Conservatives or Labour entering into a coalition or partnership with the far right parties of the DUP, UUP or TUV, should these fringe groupings gain enough MPs in the general election to have some influence at Westminster. It seems that British ultra-nationalists from one of the last remnants of the old empire, complete with their xenophobic, homophobic, sectarian-advocating, climate-denying, evolutionary-criticising, bible-teaching, secular-hating, equality-decrying, feminist-disliking, militarist-loving, fundamentalist-practising beliefs are far preferable to anything offered by a party from the moderate mainstream of European politics.

Such is the nature of British and English nationalism when the hegemony of Greater England must be maintained – and at all costs.