A few days ago I highlighted a story from Wales where an anglophone lobbyist in the village of Cynwyd, a majority Welsh-speaking area in the north-eastern county of Denbighshire, had secured legal backing in her campaign to force the local community council into adopting a policy of full bilingualism, supposedly to meet the demands of the village’s minority English-speaking residents. Despite the fact that no such demands emerged from anyone else in the locality the Public Services Ombudsman for Wales waded into the argument on behalf of the anglophone complainant, strongly criticising the wish of the local councillors to continue conducting their business largely through the region’s native language. Unfortunately it seems that official intimidation and the bullying of the right-wing British press has done its job and yet another island of the Welsh language is likely to succumb to the rising tide of the English language in northern Wales. From the Denbighshire Free Press:

“A COUNCIL at the centre of a row on language is to become bilingual.

Cynwyd Community Council was labelled “intransigent” by Public Services Ombudsman for Wales Nick Bennett for refusing to co-operate with his investigation after resident Karen Roden complained it was excluding non-Welsh speakers by conducting meetings and publishing documents such as agendas in Welsh only.

A discussion was held and members ultimately agreed all agendas and official documents would be posted on the village notice board in English and Welsh with translation being provided for non-Welsh speakers at meetings from January 1.

Ms Roden, who attended the meeting with a number of other residents, said: “I’m pleased at the council’s decision, not only for myself, but for other people from Cynwyd and its surrounding area who are non-Welsh speaking.

“Having a bilingual agenda ensures that everyone, regardless of what language they speak, can feel that they can attend the meeting and that their views and concerns would be listened to.”

The notion that this hectoring crusade had anything to do with democracy or concerns over local government is preposterous. The end result of what is being hailed as a “…victory for common sense” is an actual victory for the Welsh-deniers in Wales. The end – and frankly desired – result will be the further eroding of the Welsh language in one of its former bastions through a process of creeping Welsh-English bilingualism, followed by English monolingualism, followed by Welsh death. You can write the script already…

17 comments on “Drowning Welsh-Speakers In The English Language” 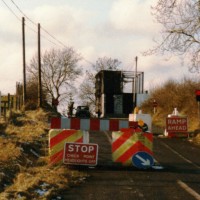