Since the United Kingdom’s violent imposition of partition in the early 1920s, the pro-union leaders of the Six Counties have been engaged in a rearguard action to save the last remnant of the UK’s former colonial state on the island of Ireland. All internal or external attempts to reform the disputed region, to establish parity of esteem between its two communities, between nationalists and unionists, has been fought tooth and nail by the representatives of “loyalism”. From the bloody reaction to the Irish civil rights movement in the late 1960s to the hysterical rhetoric against the country’s native language and culture in the 2010s, pro-union politics has proved itself incapable of voluntary change or revision. All the successes we have witnessed over the years, from the Fall of the Stormont Parliament in 1972 to the Good Friday Agreement in 1998, came through the sustained application of military, political and diplomatic force against the loyalist bloc.

In very recent times we have watched that same history played out again and again and again before our eyes. Efforts to establish equality of symbolic representation in the shared city of Belfast resulted in months of violent “flags protests”, orchestrated by British terrorist factions and encouraged by the dominant Democratic Unionist Party (DUP), and its minor rivals in the Ulster Unionist Party (UUP) and Traditional Unionist Voice (TUV). During the lifetime of the power-sharing local Executive and Assembly at Stormont, reactionary pro-union groups repeatedly blocked and impeded movement on a host of progressive issues. In 2017’s regional election, the pugnacious leader of the DUP, Arlene Foster, described the nationalist community, and in particular Irish-speaking men, women and children, in terms of voracious crocodiles which must be starved of sustenance. That same egregious ethno-sectarianism contributed to the previous year’s collapse of the inter-communal legislature and its failure to reconvene.

The last week has witnessed more of the same loyalist entrenchment, of battles fought in linguistic trenches as the Democratic Unionists scuppered hopes of a new agreement on Stormont power-sharing. And this because of their animosity to basic Irish language rights. Though some have sought to excuse away Arlene Foster’s harsh words and colonialist sentiment, to put the blame on her Sinn Féin opponents, let there be no doubt. This is a culture war created by a militant axis of unionist politicians and activists, of the DUP, UUP and TUV, with the booted hardmen of the Orange Order and the pro-UK gunmen of the UDA-UFF, UVF and RHC lurking in the background.

This is unionism in Ireland. An ideology wedded to colonial notions of communal supremacy, of the superiority of British culture over Irish culture, of the Übermenschen versus the Untermenschen on the island of Ireland. There is no other way to put it, no other excuse to offer. This is the ideology which brought us sixty years of a segregationist statelet in the north-east of the country and would do so again if given the opportunity. An opportunity some in the DUP now see in the form of Brexit and a “hard border”. An imposed Partition 2.0 for the early 2020s.

23 comments on “Unionist Opposition To Irish Is Base Colonialism. Stop Pretending Otherwise” 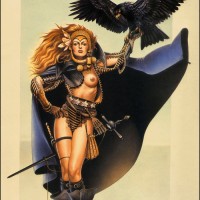