The Irish politics’ site, Slugger O’Toole, features a short article by its editor, Mick Fealty, offering a mild chastisement to the nationalist majority in Ireland for “talking behind the backs or over the heads” of the unionist minority in the north-east of the country; and for failing to engage with that minority in a way which recognises and assuages its aspirations and fears. Which is a decidedly ahistorical claim to make considering that the major political demographic on the island has been seeking rapprochement with the minor one for well over a century. And on extremely favourable terms to the latter. One is tempted to ask: how many partitions must be offered, how many Good Friday Agreements must be reached, before unionism can acknowledge the good faith of the opposite political tradition in the country or countenance the sharing of territory – or space of any kind – with those who broadly identify with it?

Implying that the onus is mainly upon Irish nationalists to make the artificial division of their own country work in order to meet the demands and concerns of those who historically brought it about is an odd condition to base all future progress upon. Especially when the original separation was forced upon the majority, as the Taoiseach Leo Varadkar recently noted, becoming a gangrenous source of neverending strife and dissension. If one looks at the last one hundred years of Irish political activity, it’s difficult to discern much evidence of the pro-union community being ignored or sidelined. On the contrary, the historical record points the other way.

Yet, reciprocacy is a word that rarely features in the rhetoric of the unionist leadership in the contested north-eastern corner of the island. What that cohort demands of others it habitually denies of itself. Pro-union advocates seek the formal recognition and protection of the United Kingdom’s legacy colony in Ireland, coupled with the enthusiastic participation of all its local inhabitants, yet violently reject any identity for the troubled region but that which is derived from Britain or filtered through a British prism. They state unambiguously to northern nationalists, part of the majority demographic in the country: you may identify as Irish in private, but you shall not identify as Irish in public. Nor shall the territory you inhabit have any such identity, as a whole or in part, shared or coequal.

Far from demanding that nationalism must make “Northern Ireland” a success, politically, economically or socially, the obligation is upon those who brought about its establishment, and who demand its continuation, to make it the success that they wish. In plain language: you broke it, you fix it. And if you cannot fix it, or have no real desire to substantially fix it, then do not be surprised if others are happy to see it discarded. After all, unionists – and their UK backers – have had a century to prove that partition works. Can anyone point to anything more than abject failure after those long and bloody one hundred years? 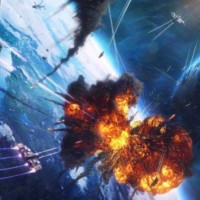