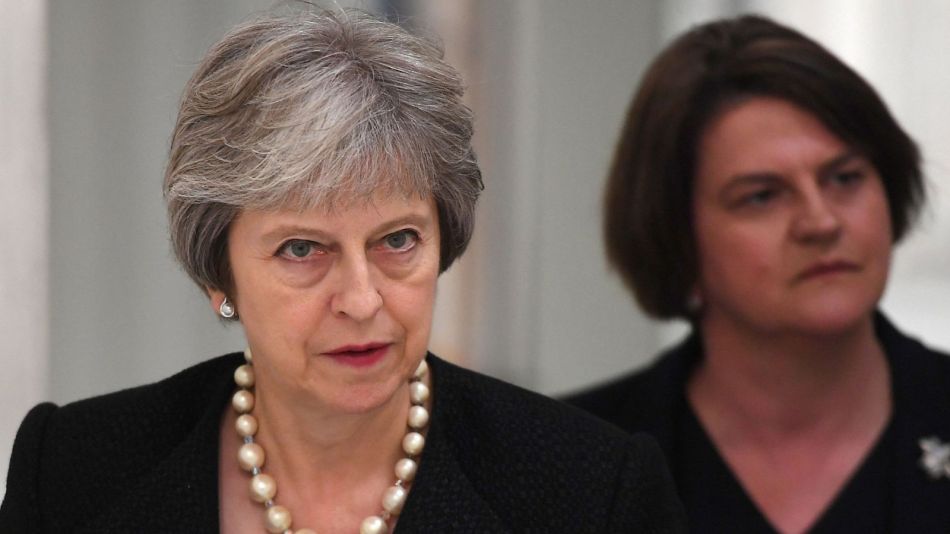 It seems that the Democratic Unionist Party is sticking to its tooth-and-nail opposition to a compromise Brexit deal between the United Kingdom and the European Union by pledging to bring down Theresa May’s premiership through death by a thousand cuts if she doesn’t stay on the right side of their “bood red” line. The DUP knows that it can abstain from votes in support of the Conservative Party minority government in the House of Commons, or even vote against its parliamentary allies, and still not trigger an election thanks to the UK’s Fixed Term Parliaments Act. So, even if May was to lose a vote on the forthcoming British budget, a traditional resignation issue, technically she could still stay in power. But she would do so while suffering successive legislative thrusts and parries from Arlene Foster’s party until the prime minister would be left with no choice but to do the right thing and leave office. Heralding in the leadership of a bellicose Brexiteer prime minister stamped with the approval of the hard-right Democratic Unionists and the toxic Tory backbenches.

This would lead to years of acrimonious relations between Britain and its former partners in Europe. Not to mention increasing the very real risk of sparking renewed violent conflict in the British outpost on the island of Ireland. A border-hardening outcome that some DUP and Conservative Party voters might not be entirely adverse to. As the slightly deranged, Tory-affiliated columnists at The Conservative Woman put it:

Three hundred and thirty years ago this December, the Apprentice Boys shut the gates of Derry against the army of King James. Their actions eventually secured the Glorious Revolution and confirmed our split from Rome and continental despotism. Whether or not they can save the Union, it is time for those adamantine, rock-ribbed and much maligned Ulster Protestants to step forth unto the breach once again. It is time for Arlene to shut the gates and bring about a change of British leadership perhaps almost as significant as the ascent of King William III to the throne.

No Surrender. Not an inch. For God and Ulster.