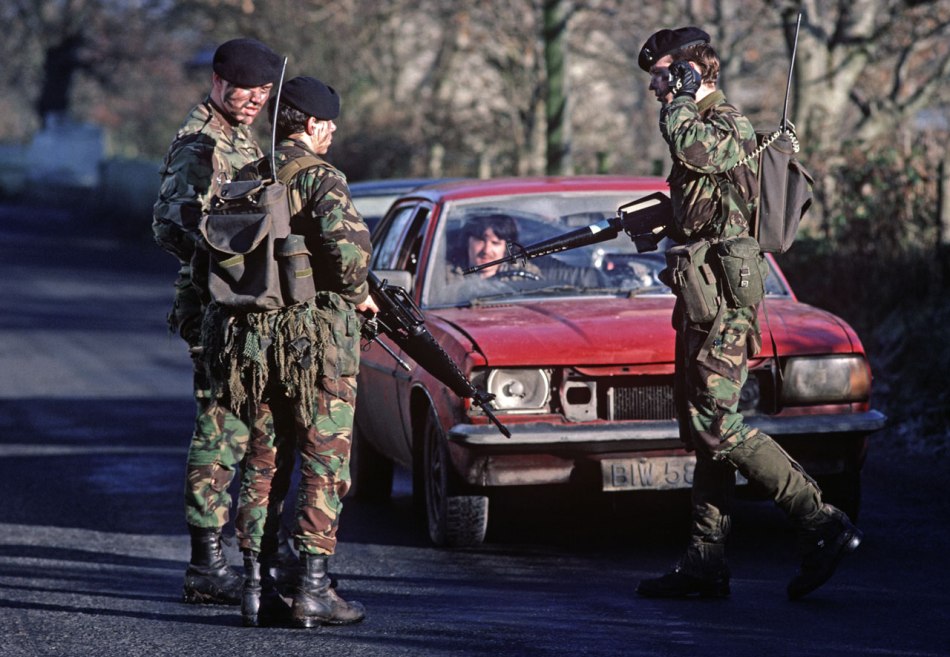 An Taoiseach Leo Varadkar speaking yesterday on the issue of a no-deal Brexit with two rather poorly-informed if somewhat sympathetic journalists from Bloomberg Television at the World Economic Forum in Davos, Switzerland, putting the blame for the possible return of a hard border in Ireland firmly where it belongs: on the United Kingdom.

We would have been very happy to have a backstop that only applied to Northern Ireland. That didn’t apply to Britain. But the UK wanted a UK element to it.

I think we’ve given a lot already. Lets not forget that this is a decision that Britain has made. It’s a decision with the potential for great harm for other countries.

So, you know, we’re the ones already giving. And the UK wanted a review clause in the backstop and we agreed to that. The UK wanted a UK-wide element.

So why is it that the country that is being victimised is the one that is always asked to give?

If things go very wrong it’ll look like things looked like twenty years ago [on the Six Counties’ border].

It would involve customs posts. It would involve people in uniform. And it may involve the need, for example, for cameras, physical infrastructure, possibly a [UK] police presence or [UK] army presence to back it up.

And we’ve already had a certain degree of violence in the last few weeks.

I just don’t want to see that come back.

But, you know, we shouldn’t forget the basic principles here.

This is a problem caused by Britain.

We came up with a solution, which is the deal that is on the table. Now their parliament has rejected it.

Shouldn’t they be offering us something?

Why are we the ones constantly being asked to help them solve the problem they created? What are they offering us?

Nothing at the moment…

17 comments on “Leo Varadkar: British Police And Army On The Border If No-Deal Brexit”