The selection of European parliamentary candidates by the Change UK – The Independent Group, which unites the more explicitly pro-EU splinters of the Conservative and Labour parties in Britain, and the Brexit Party, which unites those who are very much in the anti-EU camp, has thrown up some interesting characters. The self-styled “Tiggers” have opted for a number of high profile media personalities to stand alongside their existing coterie of former Tory and Labour MPs, which adds to the impression of a political party for the metropolitan and neoliberal middle-classes.

Meanwhile the Nigel Farage-led Brexiteer grouping is opting for an eclectic ragbag of journalists and politicians, with again the affluent and politically-connected dominating the proceedings. And while the CUK-TIG faction leans towards candidates that could be best described as comfortably middle-aged, the BP profile runs towards representatives approaching or in their pension years. Among these is Ann Widdecombe, the veteran Conservative Party grandee and frequent television “star”, who has just declared her surprise candidacy for the Faragists. And whose views on the Ireland-UK peace process and Brexit are exactly as you might expect.

While the British press may still turn its nose up at the appearance of TV celebrities and political eccentrics to contest elections on the Continent, in truth Britain’s politics are becoming more European by the day.

8 comments on “Change UK And The Brexit Party. The Europeanisation Of British Politics” 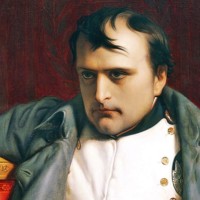