The BBC documentary Brexit: Behind Closed Doors is a two-part fly-on-the-wall feature capturing the conversations of Guy Verhofstadt, the Chief Brexit Co-Ordinator in the European Parliament, and his closest advisers as they try to come to grips with the chaotic policy positions adopted by the United Kingdom during its withdrawal talks with the European Union. Episode one follows the early days of the Brexit negotiations as EU officials are astonished by the lack of preparation and planning by their UK opposite numbers, coupled with London’s dismissive feelings towards Brussels’ detailed concerns and worries. This is most obviously displayed in a meeting where British parliamentarians disingenuously attempt to blame Europe for endangering peace in Ireland to the incredulity of Verhofstadt and his team.

7 comments on “Brexit: Behind Closed Doors. A Masterclass In British Mendacity” 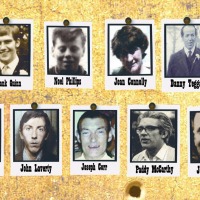