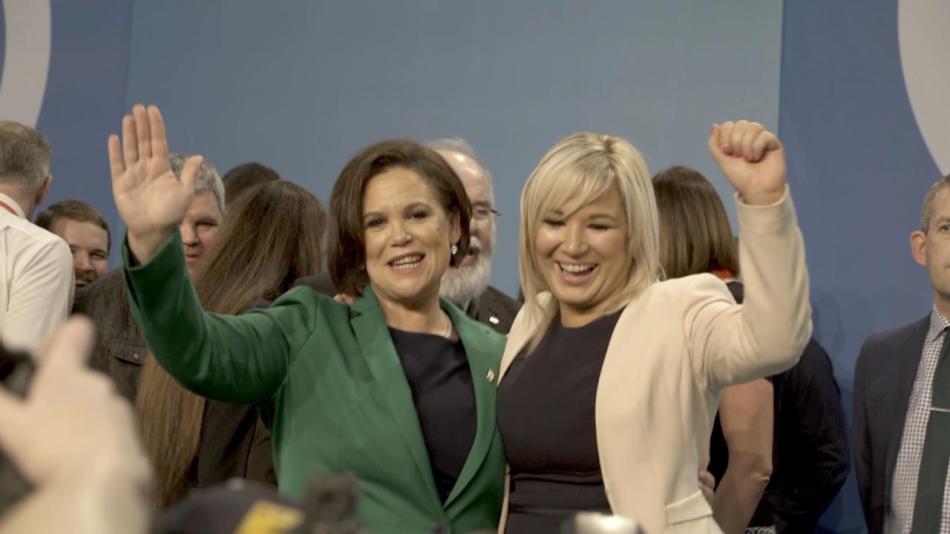 So what’s next in Irish politics following the unexpected outcome of Saturday’s general election? Sinn Féin has recorded a significant rise with thirty-seven TDanna elected, matching the same number of seats for Fianna Fáil (if we exclude the automatic reelection of the Ceann Comhairle, FF’s Seán Ó Fearghaíl), while Fine Gael has dropped to a humiliating thirty-five. SF is trying to negotiate a rainbow coalition of centrist and left-leaning parties, plus a sizeable chunk of politically ambiguous Independents, but it’s looking like too big an ask. One that certainly wasn’t helped by the idiotic antics of some Sinn Féin representatives during their victory celebrations, which may have done far more damage than most people realise. Especially if we find ourselves back in election territory fairly soon. Breaking what the former FF-splitter Des O’Malley used to label as the “Golden Circle” is one thing. Boasting about breaking the “Free State” is quite another.

Meanwhile the Establishment parties of FF and FG – and maybe Labour – are sitting things out. At least in public. In private all the speculation is about a Fianna Fáil-led coalition government with some sort of participation or support from Fine Gael and others. Even if that support manifests itself as little more than Fine Gael abstaining from a vote on Micheál Martin’s nomination as Taoiseach when the new Dáil meets, presuming the Cork TD has the necessary numbers in the chamber from other groupings. Of course FF needs the traditional “mudguard” of coalition government in Ireland. And the power-hungry Greens might be willing to serve as the progressive gloss on a conservative administration. The Labour Party and the Social Democrats remain more problematic in that equation, as do some Independents. But will Fianna Fáil require all of those extra bums on seats if Leo Varadkar or whoever is leading Fine Gael is willing to play ball? And if left-wing Opposition evaporates outside the ranks of SF and S-PBP?

Naturally, the obvious ideological hookup here is Fianna Fáil and Fine Gael, healing one part of the Civil War rift in a conventional European-style centre-right Christian Democrat party. But that gifts the leadership of the official Opposition to Sinn Féin, which might plant all sorts of electoral seeds that neither FF or FG want to see come to fruition.

As for the reporting of the electoral surge by Mary Lou McDonald’s party in the conservative press and media? Dreadful. And in this case, aided and abetted by hard-right commentators in the United Kingdom and the United States, who have run the gamut of inane comparisons from Adolf Hitler to Donald Trump. Speaking of which, here is Colin Gannon writing in The Outline:

A couple of weeks ago in Ireland, as tensions in a general election cycle cranked up, a ghoulish young politician named Jack Chambers attacked ascendant rivals on TV with a refrain that was beginning to calcify into a party line. Irish republican party Sinn Féin’s modest social democratic-style policy proposals are, the red-faced, conservative Fianna Fáil parliamentarian squawked, “a new form of Trumpism in Irish politics.”

Chambers then doubled down, detonating about a raft of other leftwing policies he views as Trumpian and refusing to see what might be so disingenuous or, more accurately, downright confusing about his comments. Just a few days earlier, Ireland’s outgoing taoiseach (or head of government), Leo Varadkar, had arrogantly and cluelessly asserted that a vote for Chamber’s Fianna Fáil would prevent “social progress” — despite Varadkar’s own Fine Gael party being an ideologically convergent center-right facsimile presenting an equal impediment to change. The response from Stephen Donnelly, another Fianna Fáil politician, seemed to descend from Reasonable Politician Heaven. “It’s negative, negative, negative,” he bleated to The Irish Examiner. “It’s very Trumpian Nigel Farage type politics and it doesn’t have a place here.” A hysterical op-ed in The Independent suggested Sinn Féin had amassed huge support and that the party’s leader, Mary Lou McDonald, “could well be the Irish version of Donald Trump.”

Okay, just so things are clear: a more egalitarian taxation system in Ireland is Trumpism, mildly criticizing political opponents is an electoral tactic pioneered by Trump, and the mild-mannered leader of a leftwing nationalist party promising affordable homes, tax reforms, and reunification is a Trump emulator. Right, got it. Makes total sense. 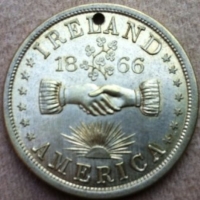