Okay, as a bona fide atheist I’ve not much faith in any god anywhere saving Ireland, but any sort of hope, however forlorn, is better than listening to the whinging of the Anglos (that is the Anglicised Irish, for those who don’t know).

These people, who dominate our media and business establishments, drone on about how much they hate or despise all things Irish, Gaelic or Celtic (or all of the above), while praising those things that they regard as actually Irish. Ummm… well, I’m too not sure what they regard as actually Irish: not being Irish mainly (a weird distortion of the accusation that they throw at Irish nationalists, who allegedly define their Irishness by not being British: while the Anglos define their Irishness by not being, er, Irish).

They praise all the great Irish writers (in the English language) and talk endlessly about their favourite Irish poems, books and plays (in the English language). Their literary heroes are familiar: O’Casey, Joyce, Doyle, blah blah blah. You get it. Anglo-lit. Basically anyone who hated being Irish, or Irishness, and tried to reconstruct it – as basically a sort of Britishness-cum-Americaness-over-here (Anglos are not too sure about Yeats, but Heany is definitely a wee bit iffy).

They love U2 (they’re Irish – sort of). They love the Commitments and the Van and the Snapper (the Anglo establishment like to have someone to look down at – even in their own demographic). They love Fade Street (seriously, they do: they think it is a fly on the wall documentary). They love soccer and rugby but wouldn’t be seen in spitting distance of a bit of GAA (spitting being the automatic reaction). They think Croke Park is full of culchies and knackers, country folk and inner city types, either way strictly persona non grata. Ross O’Carroll-Kelly is like a god. He’s, like, so real to life (Anglos don’t do satire – or navel gazing).

They hate the Irish language (mainly because it reminds them that they are not quiet 100% the real McCoy – Irish McCoy that is) and they hate Irish language schools (mainly because they fear it threatens their own century-and-a-half hegemony of politics, business and the media). In fact most prefer to say ‘Gaelic’ rather than ‘Irish’ since the latter only reminds them of their own half-a-bollock nature (metaphorically speaking). For them Irish speakers are ‘Gaels’ as if they were a separate race or nationality. In fact most Anglos have more enlightened views on the Travelling community than have on the ‘Gaelic’ community (ironically given the very Gaelic origins of the former).

They read newspapers like the Irish Independent and its Sunday stable-mate (and what are stables full of? Clue: it comes out of the backside of a horse), are not too sure about the Irish Times anymore (too many of those journos have a Mac or an Ó or a Ní in their surnames for comfort, dontcha know) and think the inane utterances of Myers, Dudley-Edwards and Harris are holy writ (as opposed to something that rhymes with ‘writ’).

A motorway through the Tara made them jump up and down with joy – as did any act of cultural or historical vandalism that destroyed something that reminded them, however vaguely, of their anomalous, mongrel nature. They are the wonderful folk who brought us the Celtic Tiger, a carnival of greed and vulgarity that allowed the Anglo elites to swan around in their BMWs and Mercs pretending to be in London or New York (anywhere but Ireland). They are the Golden Circle who brought the Irish nation to its knees after 150 years of fiddling – until Ireland eventually burned.

So, in that light, read this wonderful article by journalist Brian O’Connor (the irony of ‘Gaelic’ surnames being, again, a wee bit lost on the average Anglo). This is not about the subject of the article itself: it is about the words, the tone, the attitudes, the whole damn self-hating, schizophrenic, confused meandering mess that defines the very nature of the Anglo class.

‘There’s a nationalist thing going on, a chippy expression of supposed Irishness, all sliotars, set-dancing and sean-nos whining, bad poetry, shtory-telling and hating the Brits, puck-outs and getting togged out by the side of a ditch, determinedly learning bits of Irish and feeling the warm green self-satisfied glow of the cupla focal: a Dev-like piece of 1950s hokum, an uber-Irishness, maybe even – whisper it – true Irishness.’

Ah, well. I suppose there could be worse things than dancing with comely maidens at the cross-roads. We could be driving pass empty ghost estates, and urban white elephant developments, our island nation haemorrhaging its sons and daughters, while the EU and IMF dictates every function of our government. Thank God the Anglos saved us from that horrific vision of what our nation could have become…

2 comments on “God Save Ireland – From The Anglos!” 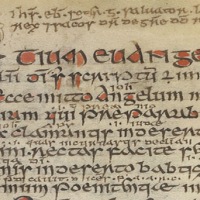