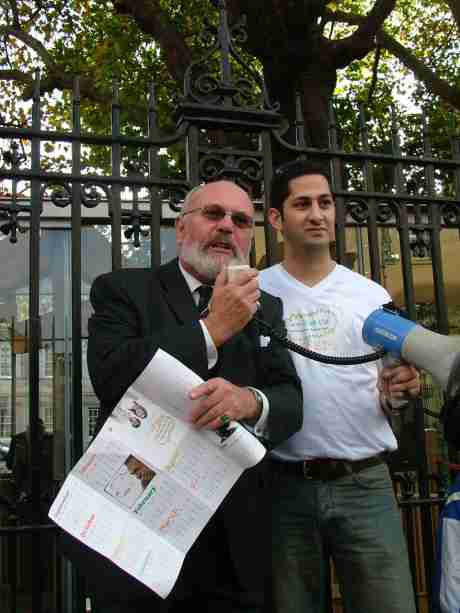 Hmmm, some interesting speculating over on the Cedar Lounge Revolution about what exactly lies behind the latest revelations over the personal life (and opinions) of presidential hopeful David Norris – or rather presidential no-hoper David Norris, at least as things stand now. As one Commentator sums up the available evidence:

‘… so let me get this straight: a pro-Israeli blogger is tipped off by someone within the LP about this story, in which an ex of Norris, a pro-Palestinian Israeli activist is convicted of statutory rape in what is suspected to be a honey trap and Norris pleads for clemency…..and this story is plastered all over the Sindo. So on one side you have the Israeli state, an Irish Zionist, a Labour source, presumably attempting to discredit Norris for the benefit of Michael D. and the Sindo – and on the other, Senator Norris. I don’t always judge people by the quality of their enemies, but here, I would at least be minded to sympathise with Norris.’

While it may have been a prominent trade union official rather than a formal Labour Party member who made the tip-off something still seems odd about all this, and there does look to be a few (admittedly tenuous) Labour links to the blogger concerned.

While there is a bit of gut-reaction anti-Israeli sentiment beginning to mount up in relation to how this latest Norris scandal came about, mostly from a few on the Left who see every Israeli-related issue through the prism of Occupied Palestine, there does seem to be some grounds for concern. While I sincerely doubt the more paranoid fantasies out there (a Mossad plot to rig the Irish presidential election in favour of a candidate more sympathetic to the state of Israel and the present status-quo over Palestine – presumably making Michael D. Higgins the next target) something is strange about the way this story was ‘leaked’.

All that said, the uncomfortable facts of Senator Norris’ actions in relation to his ex-partner’s court case, and the views he expressed, remain, including the implication on his part that there is a difference between a sexual assault upon a male minor by a homosexual man as opposed to a heterosexual one. That matter at the very least needs elaborating.

It may well be that when explained in context Norris may have some valid point to make, though I can’t quiet see what, but in fairness none of us know the ins and outs of the case involved. As things stand I believe David Norris now finds himself in the court of public judgement and I hope he can prove himself to be the decent and honourable man we believe him to be.

But for the position of Uachtarán na hÉireann, I’m genuinely sorry to say, entertaining though the good Senator can be, he is no longer fit for office.

2 comments on “A Bit Of Cloak And Dagger? A Pro-Israeli Irish Blogger And David Norris” 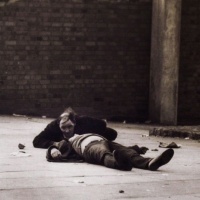