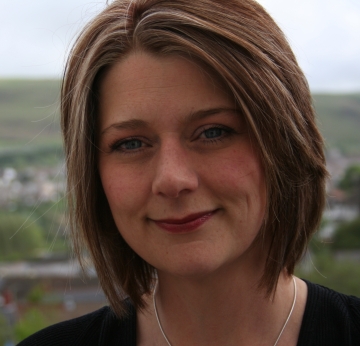 Very positive news for the Welsh nationalist party Plaid Cymru, and in my opinion for Wales too, as Leanne Wood has been elected to the leadership of the party. From the Guardian:

“Leanne Wood, a former probation officer from the Welsh valleys, has become the new leader of the Welsh nationalist party, Plaid Cymru.

Wood will take over from Ieuan Wyn Jones, who announced he would stand down following the party’s poor showing in last year’s assembly elections after 10 years in charge.

It means the party – once described as for “males” as much as for “Wales” – has a woman leader, chair, president and chief executive.

Wood beat fellow assembly members Elin Jones, a former minister in the One Wales government when Plaid ruled in coalition with Labour, and Dafydd Elis-Thomas, who has been the assembly’s presiding officer.

After her victory, Wood said: “This campaign has not been about individuals. It has been about a vision – a programme, a set of connected politics. Our task now is to build on the work of all of those who have gone before us. We may be small, as a party and as a country, but we can stand tall if we stand together and we stand up for our principles.

“The election is over, now the real work begins. I may not be the leader of the official opposition, but I intend to lead the official proposition. The proposition that another Wales is possible. Our positive, ambitious alternative vision can only come from the party of Wales.

At 40 Wood, a mother-of-one, was the youngest and, in terms of party posts, the most junior of the three candidates. She is well-known for her anti-war stance and in 2004 was accused of insulting the Queen when she referred to the monarch during an official visit as “Mrs Windsor”. She later said: “I don’t recognise the Queen. I called her that because that’s her name.”

Wood still lives in the same street where she was brought up and has described the UK’s coalition as a “hyper-competitive, imperial/militaristic climate-change-ignoring and privatising government”.

She told the Guardian last month that independence for Wales was no longer an “impossible dream”. She said: “We’re in a position to be able to start talking about independence in a normalised way … I think now is a good time for the debate.”

Along with Wood and Richards, Plaid has two other women in very prominent roles. The Plaid MEP Jill Evans is president while Helen Mary Jones is chair.

However, Plaid has never had a woman MP and Jones has called for the party to discuss having all-woman shortlists for parliamentary elections to address this.”

Wales Online has an article taking a detailed look at the new Plaid leader. Where the SNP has gone will Plaid Cymru, under Leanne Wood, now follow?