As regular readers of An Sionnach Fionn know (and it seems that there is quite a few of you) I have more than a little contempt for the media establishment in Ireland. Irish journalists, in the main, are every bit as culpable for the disastrous cronyism and corruption of the Irish political and social system over the last forty odd years as any of the main political parties. Point out to me the people in the Irish news media who challenged the hedonism and greed of the Celtic Tiger era. Who named and shamed the bankers and their political sockpuppets at the height of that venal decade? Few and far between, and some not without their own political agendas as infighting between the business mafias became proxy wars fought in the newspapers.

That is another thing about the Irish media elite. The faux nature of their supposed liberalism. In fact most are centre-right, free market capitalists, unreconstructed (and largely unapologetic) Celtic Tiger cubs who yearn for a return to the good old (bad old) days of coke and lattés. Few have any real sense of being Irish, of Ireland, instead they embrace a sham Anglo-American plastic Oirishness wrapped up in a contempt for all things indigenous to this island, anything that does not come to us via the mechanism of the English language and English culture. Celtic, Gaelic, Irish? No thanks. Give me the Big House, the Ascendancy and the fawning pride of being part of the Pax Britannica. There is an old term, “Castle Catholic”, pejorative though it is, that sums up much of the group-think in Ireland’s national media.

This article in the Irish Independent newspaper illustrates it rather nicely, as intrepid reporter Emily Hourican meets British author Jessica Douglas-Home, who discusses Lilah, youngest daughter of the 7th Viscount Powerscourt (meeting, discussing and thinking about the old Anglo-Irish aristos being something that sends the average Irish journo into paroxysms of orgasmic sycophancy):

…Jessica Douglas-Home asks: “I was warned that the Irish do not like the British Empire and all that we stood for then. Is that true?”

It’s an impossible question, particularly when asked by the great-granddaughter of Lord Powerscourt, while standing in the ballroom of Powerscourt House (it turns out that it’s pronounced ‘Prscrt’ by those in the know. Aristocrats seem to consider long vowel sounds much as we might consider rats).”

Hmm. I do believe I might have been able to supply a possible answer to that supposedly “impossible” question. Why Hourican’s inability to do so? Perhaps she’s come over all Irish R.M.? After all who could “like” the British Empire and all it stood for? Invasion, occupation, colonialism, servitude, exploitation, genocide? And what type of moron would ask the question in the first place? Especially of an Irish person. But then, I suppose, an assumed air of superiority is built into a certain type English robber-baron progeny.

“Jessica, an author, painter and theatre designer, has never visited the one-time family estate before. She was here to hang an exhibition of beautiful photos taken by her grandmother — Lilah Wingfield, youngest daughter of the seventh Viscount Powers-court, in India in 1911, a visual record of a remarkable trip.

…according to Jessica, the people of India still remember, with affection, the heyday of Empire.

“In Delhi they came to the exhibition of Lilah’s photographs in their hordes, with tears in their eyes. The people are grateful for the rule of law we established, the railways, the language, the education at the time was fantastic.”

Hence the question I cannot answer, about the reactions of Irish people to similar historic reminders. Jessica’s advance information, from friends living here, was not to expect a similar show of delight.”

Okay, so I’m not getting this. The British Empire was a VERY BAD THING? Yes? This is a given historical fact is it not? This is an Irish newspaper I’m reading not the British Daily Mail with its post-imperial fetish. Seriously, outside of some extreme right-wing British nationalist circles who on earth thinks that the British Empire was a good thing? Jessica Double-Barrell may well need to channel her inner Niall Ferguson but then she would (guilty conscience an’ all that). For anyone who isn’t British, for anyone whose people and nation suffered grotesque horrors and pain at the hands of a demonstrably evil empire to even hesitate over the question is… well, questionable.

But then, as I said, Castle Catholics.

Meanwhile Fintan O’Toole in the Irish Times, supposed media liberal doyen, fluffs his feathers in outrage all the while failing to see the irony in his crowing:

“SOMETIMES, YOU forget how tenuous and fragile a thing is the Irish State, how little it means to so many of its citizens. By the State, I don’t mean the nation, the flag, pride in being Irish – all that visceral emotion. I mean, rather, two rational things, one tangible, the other abstract.

The State is a set of institutions – the Government, the Oireachtas, the Civil Service, public services, the law, the courts. It is also a broad but crucial sense of mutual dependence – the idea that there’s a collective self that goes beyond the narrow realms of family and locality.

And then, every so often, there’s a moment when those assumptions crumble. The idea that the vast majority of people are loyal to the State is suddenly exposed for what it is: a useful fiction. What happens is that very large numbers of people who would never think of themselves as criminals or subversives reveal the truth that they don’t really have much time for key State institutions such as the law and the courts and that they simply don’t believe that there is an over-arching common good that means anything when you set it against more potent local loyalties.

Nor do these decent, respectable people believe that there is a common good that operates at the level of the State and that could possibly outweigh an almost feudal loyalty to a local hero. The State, for them, is a vague, hazy and distant thing – too nebulous to command any real fidelity. The idea that encouraging the Quinns’ to siphon off €455 million of public assets might harm their fellow citizens has no meaning for them because, deep down, they don’t actually believe that there are such creatures as fellow citizens. There are good GAA people, good Cavan people, good Fermanagh people – those are the “imagined communities” that command respect and allegiance. A larger citizenship signifies nothing. The people who might be harmed by the Quinns’ actions are not Us but Them.”

Of course it might have helped to maintain the loyalty of these citizens if the State had not abandoned them at the end of the War of Independence, if it did not sacrifice their democratic rights and freedom to secure the return to power of the Quisling regime of conservative, right-wing politicians, businessmen and church elders after a bloody revolution had temporarily pushed them to one side. The self-same people who then grew fat on the rich pickings of the personal fiefdoms in the state they engendered. And who have now sold us out to a new set of masters.

But then, we are back to the Castle Catholics again.

7 comments on “Castle Catholics And Sham Irish – Journalism In Ireland” 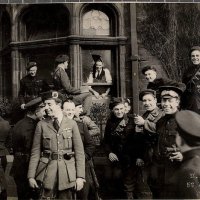 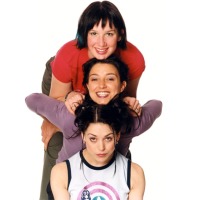