Two weeks ago the British prime minister, David Cameron, apologised in the UK parliament on behalf of the British nation for the assassination of the Irish civil rights lawyer Pat Finucane by gunmen from the UDA-UFF, a British terrorist organisation in the North of Ireland under the control of Britain’s paramilitary, military and intelligence services.

An official report into Pat Finucane’s murder by the former UN war crimes’ investigator Desmond de Silva, released the same day, catalogued the contributions made by various terrorist factions from the British Unionist minority in the north-east of Ireland to Britain’s counter-insurgency war against the Irish Republican Army and the Irish population in general, north and south of the border. In particular the report focused on the relationship between the terror gangs and the Royal Ulster Constabulary or RUC, the notorious British paramilitary police force disbanded by Britain as part of the Irish peace process, British Military Intelligence and its various secret armies (including the infamous Force Research Unit or FRU), as well as the British Security Service or MI5.

In one day some four decades worth of accusations and claims by politicians, lawyers, journalists, historians and human rights activists from Ireland, Britain, Europe and the United States were given vindication. There was now a de facto acknowledgement by the London authorities that Britain’s counter-insurgency war in Ireland consisted of a military strategy based upon state-terrorism, by and on behalf of the state, which traced its roots to the very start of the conflict. Since the publication of de Silva’s report, despite the hostility, resentment or indifference of some in the British media, many other stories from Britain’s “Dirty War” in Ireland have come back under the spotlight or started to leak out.

In an unusual move, and perhaps indicative of how much the recent revelations have shook the British establishment, the deeply conservative and jingoistic right-wing British newspaper, the Mail on Sunday, has a feature story on the earliest of Britain’s modern secret armies in Ireland, the Military Reaction Force (or MRF). In the early 1970s this band of out-of-uniform soldiers terrorised Irish Nationalist communities in the North of Ireland, in particular the city of Belfast, carrying out or organising random drive-by shootings of civilians, murders, kidnappings and bombings.

In its most infamous operation the MRF arranged for terrorists from the British UVF to attack McGurk’s Bar in Belfast on the 4th of December 1971 with a parcel bomb that demolished the building killing fifteen, including 12 year old Maria McGurk, and wounding seventeen others. In the aftermath of the atrocity the British Forces used the excuse of “follow-up operations” to swamp local neighbourhoods with troops and paramilitary police who carried out destructive house-raids and multiple arrests or detentions.

Now the Mail has one of the MRF’s members apparently speaking on record:

“A former British soldier who belonged to an undercover unit in Northern Ireland has claimed he and his colleagues resorted to ‘murder and mayhem’ during a secret campaign against the IRA.

Simon Cursey was a member of a 30-man team which would ‘shoot first and ask questions later’.

Cursey says these shootings were carried out by the Military Reaction Force (MRF), a clandestine Army team sent into Republican neighbourhoods to eliminate IRA gunmen.

His accounts are being studied by detectives from the Police Service of Northern Ireland’s Historical Enquiries Team (HET), which was set up to re-examine suspicious deaths over  the course of ‘The Troubles’. More than 2,260 cases are on its books.

Cursey’s devastating disclosures include the claim that he never once cautioned a terror suspect or fired a warning shot before himself engaging with lethal force. He said he and his colleagues shot at least 20 men, though he could not say how many died.

‘The Rules of Engagement in Northern Ireland were very clear: you were only allowed to open fire at a person actively shooting at you or someone you are with. Also, you could open fire at someone aiming a weapon but who hadn’t fired yet. We had our own slight variation on these rules. We opened fire at any small group in hard areas, neighbourhoods that even looked suspicious, armed or not – it didn’t matter. We targeted specific groups that were always up to no good. These types were sympathisers and supporters, assisting the IRA movement.

‘As far as we were concerned they were guilty by association and party to terrorist activities, leaving themselves wide open to the ultimate punishment from us. If someone was picked up and it was discovered that they were illegally armed, or that they were on our “special” wanted list of IRA killers, they could be dealt with right there in the countryside: neutralised.'”

In other words the MRF was a British military death squad. Its purpose was simply to cause murder and mayhem in the Irish communities of the north-east that continued to live under the British Occupation by killing innocent and “guilty” alike. However the MRF’s reckless nature eventually brought about its own downfall and it’s operations were uncovered by the Intelligence Unit of the Belfast Brigade of the Irish Republican Army in mid-to-late 1972. After extensive surveillance units of the 2nd and 3rd Battalions of the Belfast Brigade attacked soldiers of the MRF at two different locations in the city on the 2nd of October 1972, killing or wounding several and causing panic in the British Army as intelligence operations over the following weeks effectively collapsed.

By early 1973 the now discredited MRF was disbanded but its tactics, techniques and most of its personnel went on to become part of the Special Reconnaissance Unit (or the SRU though it was also known by the cover name of the 14th Intelligence Company) and the Force Research Unit (FRU). All of them contributed to the evolving culture of Death Squad Britain. 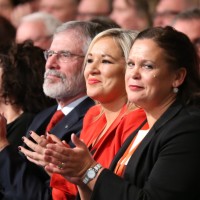 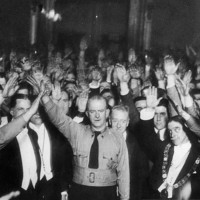