For the last century and more historians have believed that the homeland of the Celtic-speaking peoples lay in central Europe and from there they spread across the continent in several waves of migration bringing their language, culture and way of life to almost every corner of the European landmass. The Celts, we were told, originated in the Late Bronze and Early Iron Age communities of southern Germany and northern Austria and this became the default reading of early Celtic and indeed early European history.

However there is problem with all this. Why? Because the theory is wrong and has been suspected or known to be wrong in professional academic circles for decades.

The homelands of the Celtic-speaking peoples were never in central Europe. They were in the one place where Celtic-speakers have always been known to exist and where some still do exist: north-western and western Europe. The modern nations and territories of Ireland, Scotland, Wales, the Isle of Man, Cornwall, England, Brittany, western France, Spain and Portugal formed the historic heartland of the Celts – and their ancient place of origin.

The BBC has news on a new three-year project to trace the origins of the Celtic peoples, including an interview with Professor John Koch, who points out the failure of the old theories to explain the origin of the Celtic-speaking nations.

19 comments on “The Homeland Of The Celts, Where The Celts Have Always Been” 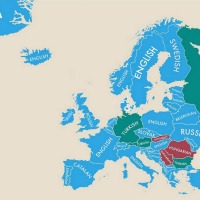 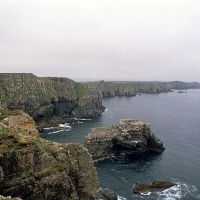