With all the media focus on the rise of a global Big Brother via the Orwellian ambitions of the United States’ NSA (and its smaller British siblings) it is worth noting that other intelligence gathering systems exist, especially those that apply to counter-insurgency operations. The New Republic recently featured an article by Robert Draper focusing on the US Army’s much vaunted Distributed Common Ground System (DCGS-A), a bloated, multi-billion dollar data-collation program designed to gather and analyse tactical information relating to the operations of enemy combatants. In the case of Afghanistan for instance it has the capability of bringing together seemingly random pieces of knowledge about any armed Taliban group to build up a picture of their organisation, membership, methods of attack, bomb-construction techniques, etc. This information can then be used to “map” the insurgents, their bases of support, their family relationships, their supply channels or even patterns of attack (the latter facilitating the laying of traps or counter-ambushes).

Of special interest to us here in Ireland is the rival, civilian-sourced Palantir software system (partially using technology developed by the owners of the online transaction handler PayPal, including co-owner Peter Thiel). Boasting superior abilities for half the price the British military and intelligence services have already shown a keen interest in its acquisition. This would tie in closely with Britain’s existing counter-insurgency intelligence systems like Caister, which had such a negative effect on the Irish Republican Army’s operational freedom in the 1990s (the former point obliquely referenced in Palantir’s own company’s blogs – and no doubt at any trade fairs).

“In July 2011, an army combat team known as the Arctic Wolves moved into the Kandahar district of Panjwai, where the Taliban was born and where Osama bin Laden is said to have planned the 9/11 attacks.

…as the Wolves continued to patrol the area in their brand new, supposedly bomb-resistant armored vehicles, they could feel eyes watching them. Insurgents were starting to move into the houses abandoned by the villagers.

…the Arctic Wolves should have had a keen sense of where the enemy was and what it would do next. The Army had developed a sophisticated data platform called the Distributed Common Ground System, or DCGS-A (pronounced “d-sigs A”) for that exact purpose. The multibillion-dollar “system of systems” was built to gather, analyze, and share information from a multitude of sensors and human intelligence sources so that an Army commander could immediately assess the threat in his brigade’s environment. It would reveal the enemy’s history in the territory, the danger zones, names, faces. That was the concept, anyway.

In reality, the intelligence data platform had proved all but useless to the analysts supporting the Arctic Wolves.”

Following a series of successful guerilla attacks on the US Forces using IEDs (improvised explosive devices) the team reached out for help and a regional Planatir sales-rep answered, as one team-member recalls:

“What transpired next was flabbergasting, recalls the intelligence analyst: “We had spent probably a day and a half trying to make a map using DCGS-A. And in my three hours with Palantir, he was able to show ten times more information— breaking it down into charts, showing patterns. We could see a rotation pattern of where [the insurgents] were moving southwest to northeast across Panjwai district. We started to see some connections where there’d been four other unsuccessful attacks with the same type of device in this area that we hadn’t seen before … This was my sixth combat deployment, and I’d never been able to pull that level of detail together, certainly not that fast. I was sitting there like, holy shit.”

As the Irish Republican Army discovered in the late 1980s and mid-1990s, victory or stalemate can be dictated by the patterns of war and those who can successfully interpret them. Much the same techniques are now being employed against the contemporary Republican Resistance, whether the so-called New IRA (NIRA), Continuity IRA (CIRA) or Óglaigh na hÉireann (ÓnahÉ), and with obvious results.

There is more on the company behind Palantir here. For a comparison with known British Intelligence Systems in the north-east of Ireland one can check the heavily-redacted, bare-boned Wikipedia entry or the original, much fuller entry that now only survives at NationMaster. It is up to others to decide why (and by whom) the original Wikipedia article was so drastically edited. 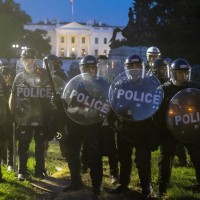 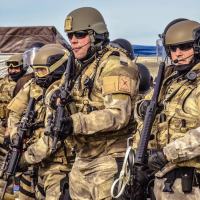 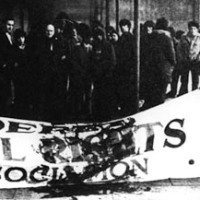