One can understand foreign news media misinterpreting the Irish language but our domestic equivalents? The title Óglaigh na hÉireann seems to be causing all sorts of confusion for both. The name dates back to 1913 and the foundation by Irish political and cultural leaders of a Nationalist defence force known in English as the Irish Volunteer Force or more simply the Irish Volunteers (and abbreviated as the IVF or IV). This was done to counter the establishment of a terrorist organisation, the Ulster Volunteer Force (UVF), by leading politicians from the British Unionist community in the country, principally in the north-east (hence the “Ulster” designation, though in fact it had branches or associated groupings in Dublin, Cork and elsewhere). Whereas the proto-fascist UVF had the support of Britain’s colonial establishment in Ireland (members of the British parliament, government, police, judiciary and armed forces) the IV relied almost entirely on home-grown support with some supplementary aid from expatriate communities in the United States, Australia and sympathetic nations like France and Poland.

When it came to regulating the Volunteers a committee containing a number of military veterans, politicians and academics was selected. It included Eoin Ó Néill, a professor of Irish linguistics and literature, and Pádraig Mac Piarais, a well-known writer, journalist and teacher. From a suggestion by Piaras Béaslaí they devised an Irish translation of the name which reflected not just vernacular usage but also Irish history: this was Óglaigh na hÉireann “the (Military) Volunteers of Ireland”, a name abbreviated under Gaelic grammar rules as ÓnaÉ (ÓÉ). The word óglach (the singular of óglaigh) originally meant a “youthful warrior” and the term was still occasionally used in that literary sense. It was derived from óg “young; a youth, a boy” which in the earliest strata of the language could also mean a “(youthful) warrior”. By combing óg with the termination -lach it became a definitive noun that was understood to have more explicitly military connotations (though it also carried secondary meanings such as “servant” and “follower” depending on context). The committee believed that this ancient word would be a suitable equivalent for “(military) volunteer” and so it has remained in modern Irish.

Thus Óglaigh na hÉireann can be literally translated as “the (Military) Volunteers of Ireland” or more idiomatically “the Irish Volunteers” (this has been the English rendering since the 1900s). The common media translations of “(Young/Youthful) Warriors/Soldiers of Ireland” are very poor indeed. Likewise the abbreviation of the name is not ONH, ONE or ONÉ. It is ÓnaÉ or ÓÉ. Of course, it being Ireland, even the organisations claiming the title frequently use the wrong translations and abbreviations. 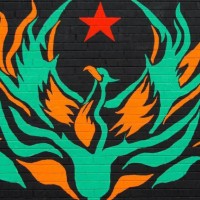