Today the Irish Times newspaper carries an opinion piece from the academic Richard Irvine analysing the restrictions on the flying of the British national flag over Belfast City Hall, arguing that they are perceived as an attack on the British identity of the Unionist community in the north-east of the country. In the article there is no real acknowledgement of the Nationalist community’s right to express its Irish identity nor any call for the establishment of genuine equality between both traditions. Instead we are regaled with the historical reasons as to why the descendants of British “settlers” on the island nation of Ireland must, perforce, be allowed to fly their “battle” flag over a city that is still culturally divided between “settler” and “native”.

“In Dervock and Ballybogey, Bushmills and Ballymoney, and all across north Antrim the Union flag still flies. Four hundred years after a Scottish king authorised the plantation of Ulster the descendants of those settlers still mark out their territory, assert their difference and signal their defiance.

For the citizens of most nations, a flag, if thought of at all, is a taken-for-granted source of pride. Travelling through Britain or the Republic one rarely notices the flag, and when one does it is usually in a happy context, a symbol of inclusiveness, of welcome, of openness. Here in the Black North it is all quite different.

The tattered flag lashed to a lamppost in Rathcoole, or flying proudly over Ahoghill Orange Hall, does not speak welcome but survival. Outsiders trying to understand why the Haass talks were necessary and why, of all the issues it encountered, the flag proved so intractable, need to understand this: the Union flag for many in the North is not just a symbol of political sovereignty, it retains the original purpose of a flag – it is a battle flag.

Four hundred years is a long time to fight a war. All our politicians grew up in it, were formed by it – many even participated directly in it. To bring down the flag then, to restrict its flying to designated days or places, to have to apply for a licence to fly it, speaks not of success or even acceptance but of defeat and humiliation.”

Or perhaps reducing the flying of that divisive flag speaks of a desire for equality and peace in a contested region? Or does this report from the Belfast Telegraph display the true roots of British nationalist ideology in Ireland, as an officer with the PSNI paramilitary police force faces a disciplinary review for wishing a happy new year to the people he serves in a language other than that of the long-ago settlers:

“Writing on the PSNI Newry and Mourne social media feeds, the officer wished residents a happy, healthy and safe New Year from their local police.

The greeting received 95 ‘likes’, with many commending the officer for effort.

However, the officer ended up apologising after some voiced anger over use of the Irish language…

One Facebook user posted: “Why can’t you just speak in English? once again trying 2 make it a cold house 4 loyalist’s (sic)”.

Meanwhile, over on Twitter there was also a swell of criticism, including: “PSNI are a one sided force bowing to their Sinn Fein masters” and, “to get respect you must first earn it, the RUC earned it long ago, these cowboys can’t compete, useless!”

P_U_L_Views wrote: ‘…hardly any need for the foreign language. What about the Ulster scots tradition? A police service for all?’

Among the critics on Twitter was Manya Dickinson, a victims’ campaigner whose father Kenneth Graham was killed by the IRA for supplying building materials to the security forces.

She queried the New Year post, asking: “why the irish?? I dont think u serve in the south???”

The officer said the languages used reflected the languages officers had heard in the area that year, and stressed there had been no political motives.

“I included these languages as there is such a diverse community in Newry & Mourne. I used languages that I personally have come across folk that have spoken to me in those languages.””

In other words people in the local area where the officer works speak in English, Irish and other languages while none use the regional dialect of English known as Irish-Scots. So what is the type of British Unionism shown here but the culture of colonial settlers hating all that they perceive as indigenous maintained across four hundred years into 21st century Europe? 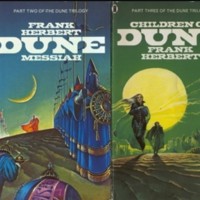 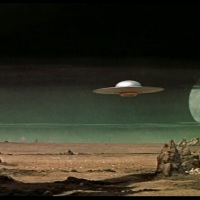 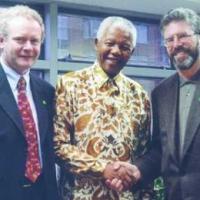