Sometimes looking back at Ireland in the 1970s and ‘80s I wonder if the entire nation was quite right in the head. It was a truly surreal time. Forget the war in the north-east against the British, the twin scourges of poverty and emigration, the political scandals and omnipresent corruption, the hegemony of the Roman Catholic Church, the emergence of illegal drugs and drug-related crime, the bus strikes and bin strikes and all sorts of strikes. As a child many of those passed me by (well, almost…). What truly made our island nation the whacked-out member of the European family was RTÉ’s programming for children. There was nothing quite like it before and certainly nothing quite like it since. While kids of the 1990s and 2000s were fed a steady diet of mainstream, wall-to-wall Anglo-American fare in the days of yore children were treated to a more eclectic mix culled from the arcana of world television (a fact not entirely unrelated to RTÉ’s minuscule acquisitions’ budget). All sorts of psychedelically insane shows were injected into our young and impressionable minds. I heard more Russian and Czech in my childhood than I did in my adulthood (the last ten years aside!). Oh yes we had our own home-grown versions of the post-hippy madness: Wanderly Wagon, Fortycoats & Co and Bosco (I hated Bosco). However nothing competed with those tripped-out cartoons from behind the not-so-opaque Iron Curtain or the obscure corners of US television.

From the latter came the jittery-coloured Mr. Rossi, an Americanised version of the original Senior Rossi produced in Italy by Bruno Bozzetto. Beginning in 1960 there were several short films, three feature length movies and an eleven-part TV series all of which seemed to have been broadcast on RTÉ at one time or another. I can honestly tell you very little about them except how odd they seemed even back then. Like ‘60s odd. I’m not sure I enjoyed them. I’m not sure how much I watched them. However I do remember the theme tune which has stayed with me like some form of subliminal brainwashing. It’s in there and I can’t get it out. So here, for your delight (or puzzlement), is the Signor Rossi original theme “Viva La Felicità” with a rather funked-up 2002 remix known as “Signor Rossi vs. De-Phazz – Viva La Felicita (Phazz-a-delic Radio Remix)“.

Is it bad that I have the latter as my ringtone? 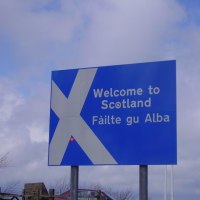