An alternative view on the Irish language and Irish-speakers in modern Ireland from the viewpoint of a member of the British Unionist minority in the north-east of the country, albeit an unusually sympathetic and supportive one. Journalist and academic Ian Malcolm writing for the Belfast Telegraph:

“On Remembrance Sunday I wore my poppy and my fáinne side by side. And I wore them both with equal pride. One demonstrates my love of Irish and the other the importance of remembering those who died in conflicts so that I could have the right to speak my language.

I’m Protestant, unionist and British and proud of all those things. But I’m also very proud to be an Irish speaker, and have been for 20 years. Speaking Irish has not turned me into a Catholic, nationalist or republican.

I’m not someone whose recently taken an interest in Irish, because it’s becoming “trendy”, or “fashionable”. In a way, I’ve been a speaker all my life, but started to learn “for real” at a time when it was still seen as a slightly dodgy thing to do.

There is no cultural, historical, or other reason why Protestants and unionists should not speak Irish. Indeed, for centuries they did.

Even as English was displacing Irish as the language of the people all over Ireland, many Protestants held on dearly to something they cherished.

Conversely, leading Catholics and the Church were often to blame for accelerating the decline and Daniel O’Connell (the champion of Catholic emancipation) urged his followers to abandon Irish.

There is, however, an underlying and unsettling refrain which suggests that unionists and Protestants are possibly disloyal or even untrustworthy if they speak Irish.

Not true – I have never voted for a party without a “U” somewhere in its title. And why should I? Being an Irish speaker should not change one’s beliefs or core values.

But things are changing. There’s less of that negativity and Protestants no longer have to “sneak off” to a Catholic area to learn Irish. The vibrant Skainos centre in east Belfast – where I have spoken often – shows that we are moving forward.

I myself run the Hidden Ulster course at Stranmillis, where people from both communities are learning about the language.

I explain our shared Gaelic heritage, tracing the history from the Celts (who were neither Protestant nor Catholic) to the present day.

When Irish was first spoken on these islands there were no nationalists and republicans, or unionists and loyalists.

What really interests my students is what I call “living Irish” – that’s the language that’s around us all in our everyday lives.

It’s unusual for me to trouble the page in English now. I became a journalist on leaving school, but after many years of hacking decided to do a degree in Irish at Queen’s, before going on to do a PhD in sociolinguistics.

And I’d have done none of that had it not been for Irish, the language I love. No one in my working-class family had even dreamt of university until I went to QUB, after tutoring myself for two A-Levels in the space of six weeks.

Now, virtually everything I do involves Irish in some way. I still write, but most of what I write is in Irish – even cheques. The language is something that has changed my life in many ways, but it has not changed those core values.

As a Protestant – and unionist – I see no contradiction in also being an Irish speaker. After all, I’ve “worn the T-shirt” and, literally, written the book.”

On a side-note one should mention the Ultach Trust, a non-profit organisation that has done more than any other to facilitate an interest in the Irish language by northern Unionists and/or Protestants. In a recent cost-saving measure the government of Ireland shamefully withdrew state-funding from the Ultach and other some other groups, in the process effectively destroying one of the corner-stones of cross-community Irish language teaching and activism in the north-east of the country. It is simply incomprehensible that any rational government policy directed towards reconciliation on our island nation could be enhanced by denying Unionists access to Irish in a politically neutral environment. But then the Dublin establishment is as committed to that national objective as it is to the Irish language itself.

Slugger O’Toole examines the current efforts to persuade Unionist political leaders to end their blockade of Irish language rights at the regional assembly in Stormont and features a Facebook posting by Linda Ervine, someone who has been transformed by the news media into the public face of politically non-aligned Irish-speakers:

“This Tuesday 2nd December at 11 am on the steps of Parliament Buildings I will be presenting a letter to representatives of the main parties. The letter calls for fair treatment and respect for the Irish language. It outlines the disappointment and anger caused by divisive and insulting comments about the language and calls for the introduction of an Irish Language Act.

Our current political system lacks integrity and many display a moral cowardice. That is why I have taken this step. I pray that my message will not be distorted and will be received gracefully.”

Meanwhile some more evidence of the benefits of bilingualism for the human condition – and brain.

26 comments on “Irish Belongs To Everyone On This Island Nation” 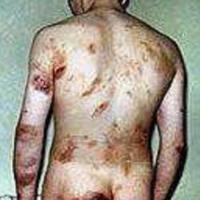