Lucinda Creighton, ex-Fine Gael rebel and pumped-up darling of the right-wing press, has finally nailed her colours to the mast (following months of fumbled-tongued prevaricating) by formally launching her new party, Renua Ireland. Apparently the name is a play on the English term “renewal” and the Irish term “ré nua” (new era), thus satisfying absolutely nobody in either language. Which pretty much matches Creighton’s politics, and that of her maverick gang of political wannabes. Of course Ré Nua /Renua is also the name of a Cork musical group, a health food shop in Kerry, a musical competition from Fleadh Cheoil na hÉireann, the home of an adult counselling service in Limerick, a boiler service company in Monaghan, a US medical firm, and a series of children’s books published for Irish schools in the 1990s. Then there is also a rather mysterious website (though you can look that one up for yourself).

As my mother once commented while observing one of Lucinda Creighton’s car-crash TV interviews: that one couldn’t organise a piss-up in a brewery. 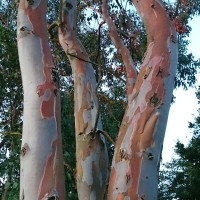