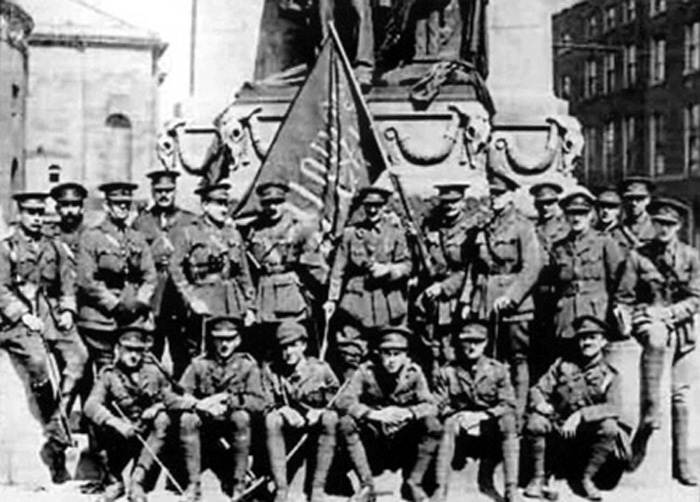 On a day that has witnessed a state-funeral for the disinterred remains of Thomas Kent, a fifty-year-old commandant of the Irish Volunteers executed by a military firing squad in the aftermath of the Easter Rising of 1916, it is worth noting the reactions of the political leaders of the British unionist minority in the north-east of our country. From the Belfast Telegraph, the words of the former head of the UUP:

“Ulster Unionist MP for Fermanagh and South Tyrone Tom Elliott criticised the state funeral for Kent who was arrested at his home after a Royal Irish Constabulary officer was killed.

He said: “While there are many controversial anniversaries being remembered throughout this decade I think a state funeral for a terrorist after 100 years is a bit much for many decent people to accept.”

The British-apologists who populate the worlds of Irish journalism and academia seek to create a false equivalency between the history of those who fought to regain their freedom and those who fought to deny it. There is none. The demagogues of British unionism in Ireland remain in 2015 what they were in 1915, or 1916: fascists, bigots and colonial supremacists.