Merryn Somerset Webb is a relatively well-known business journalist and editor in the UK who writes on a wide range of financial matters for the British press. So it was somewhat surprising to see her recent article in “MoneyWeek”, a conservative-leaning investment magazine, examining the burgeoning status of the Scottish Gaelic language in Scotland. Even more so when her piece is couched in a surprisingly vitriolic manner towards her chosen subject.

“Governments aren’t often good at very much. But when it comes to losing all sense of proportion in spending other people’s money they are generally utterly unbeatable. Clear winners. Look to Scotland’s Gaelic policy and you will see what I mean.

So the vast majority of people in Scotland have English as their first language and almost no one has Gaelic as either their first or their second language (Polish is the second most widely spoken language at home in Scotland by school pupils).

Given that, you would think that there would be no need to provide government services in Gaelic. No need at all…

That’s not what the Scottish government thinks. They have a National Plan for Gaelic.

The key point is that the government wants more people to speak Gaelic, and, many millions of pounds’ worth of public spending on, it wants all services to be provided in Gaelic. This manifests itself in all sorts of odd ways.

Police Scotland (which is very strapped for cash) has said that it is to be “bilingual” by 2020 and is in the process of looking for a Gaelic development assistant to be paid £18,000 to travel around Scotland to “promote and support the development of Gaelic language culture and heritage in communities served by Police Scotland”. No matter that most of these communities have no Gaelic heritage.

One of the things the Scottish government is often accused of is inward-looking nationalism. And this seems to be a classic example of that – Gaelic is surely more of a hobby to be encouraged in areas where it has genuine heritage (as with knitting in Shetland) than something we should all have to be bothered with/pay for. Better perhaps to put money into teaching Scottish students useful languages (Spanish is pretty widely spoken globally…). To look out, not in.

If you want to be highly paid, it works to have a skill that is relatively rare but much in demand from the price insensitive. The Scottish government is clearly (if inexplicably) price insensitive. And Gaelic speakers are clearly rare.

What are you waiting for? You can pick up a basic Gaelic dictionary here for a fiver.”

This must be one of the worse examples of the “non-people” argument against the Celtic-speaking communities and individuals of north-western Europe that I have seen for some time now. In essence Somerset Webb is suggesting that the men, women and children who identify themselves as speakers of Scottish Gaelic, even as indigenous users, are lying. They cannot exist as a distinct minority since most – if not all – are also fluent in English. In other words, their bilingualism – rather than a praiseworthy feature – is an anglophone cudgel to beat them into British cultural submission. If you speak English then you must, perforce, acquiesce to it as the default language of the United Kingdom of Great Britain in all matters and in all areas of life. To do otherwise is to be nationalistic, inward-looking, hobbyist and parasitical. Yes, young Scottish-speaking pupils, be they in the Outer Hebrides or Argyll, Inverness or Glasgow, are destined to become a would-be Gaelic Taliban, linguistic train-spotters or recalcitrant dole-scroungers, merely by virtue of the native or learned vernacular they express themselves in.

No doubt in her next article Merryn Somerset Webb will be treating us to a diatribe on the inherent parochialism of the Danes, Finns and Dutch for refusing to abandon their national languages in favour of Spanish. Or Chinese (for the English language supremacists, it’s always Chinese…). Thank god she’s not an inward-looking nationalist, hey?

Five reasons why Brexit would be good for the UK economy – MoneyWeek https://t.co/KdKZj2IqG2

49 comments on “Britnat Nastiness Is Mainstream In The UK Press” 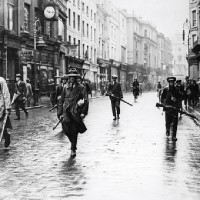