The Atlantic has a fascinating article on a little known, early 20th century warlord who once terrified Mongolia and neighbouring regions of Russia and China. Baron Roman Nikolai Maximilian von Ungern-Sternberg, a scion of the Deutsch-Balten or Baltic German nobility, aligned himself with the “White Russian” faction during Russia’s communist revolution and counter-revolution of 1917 to 1922, eventually leading a rag-bag army of adventurers and political refugees into Outer Mongolia. There, following various battles and an unprecedented reign of terror over the country’s inhabitants, the former Tsarist officer-turned-potentate met his end in front of a Red Army firing squad.

“The baron fought for the Russians in World War I and continued to fight for the White Army against the Bolsheviks after the Russian Revolution. In 1920, when the conflict had ranged across the Russian Empire for several years, momentum started to shift decisively in the Bolsheviks’ favor. Ungern-Sternberg, who was in Siberia, organized a small army of defeated White Russian soldiers and set out to conquer Mongolia. From this nearby territory, wedged between Russia and China, the baron and his men hoped to avoid death at the hands of the Bolsheviks while mobilizing for a renewed campaign to liberate Russia from communist control. In Mongolia, however, he became embroiled in a two-front fight with not only the Bolsheviks, but also the Chinese forces in control of the country. Advancing on the capital of Ulaanbaatar, he sought to win the support of the local population by promising liberation from Chinese rule. He also made disloyalty too terrifying to contemplate.

In Mongolia, Ungern-Sternberg executed deserters and recruits who did not meet his expectations. Stories of the baron’s bloodlust abound, and the author Peter Hopkirk compiled some of the most sensational. Captives were allegedly buried alive, burned at the stake, and thrown into the boilers of trains. One witness asserted that in Ulaanbaatar, the baron sentenced a baker’s dishonest apprentice to be baked to death in his own oven. Another claimed that the baron hung three men accused of stealing brandy over the door of the shop they robbed … until the shopkeeper, worried about losing business, begged him to remove the bodies. 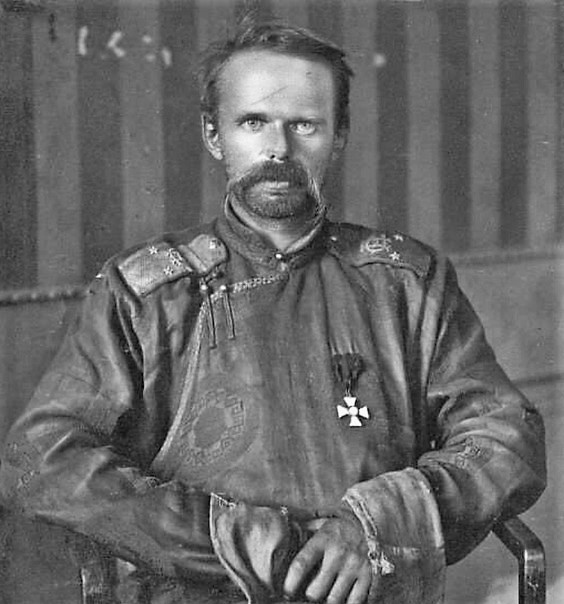 During a pre-war visit to Mongolia, the baron had converted from Christianity to a strange form of mystic Buddhism. His never-fully articulated interpretation of the faith, with which he sometimes mixed bits of Christian eschatology, was probably just as bizarre to most Buddhists as ISIS’s strain of Islam is to Muslims today. But as Ungern-Sternberg amassed power, people found political and personal reasons to play along with his desire for religious legitimacy. One of his first moves after attacking Ulaanbaatar was to free Mongolia’s Buddhist leader and former king, the Bogd Khan, who was being held under house arrest by the Chinese. The Bogd Khan was a high-ranking member of the Tibetan Buddhist hierarchy and had his own political agenda in Mongolia, which he felt the baron might help him advance. And so the Bogd Khan bestowed an official blessing on the baron, granting religious sanction to Ungern-Sternberg’s rule. According to one of the more extravagant accounts, he endorsed the baron’s claim to being “the incarnated God of War and Khan of grateful Mongolia.” Other scholars render the title more modestly as “Great Hero General, Builder of the State,” or simply, “Hereditary Grand Duke Darkhan Khoshoi Chin Wang in the dignity of Khan.”

While the article’s comparisons to the modern Islamic State (ISIS – ISIL) are debatable the Wikipedia article on the baron makes for an absorbing read. The chaos that befell eastern Europe and parts of Asia in the wake of the Russian Empire’s collapse are quite extraordinary as are the characters who emerged from it.