There is more than a little irony for Scotland in the negative outcome of the United Kingdom’s plebiscite on its continued membership of the European Union. One of the threats made against Scottish voters in the independence referendum of 2014 was the warning from British unionists that the Scots would find their membership of the EU stripped away if they favoured separation from the UK. Along with uncertainty over economic viability and the country’s future currency, the withdrawal of European citizenship and representation certainly played an important part in the substantial “No” result of that year. Yet here we are, two years later, and the people of Scotland have had the very thing they were threatened with imposed on them by the voting population of Greater England (that is, the non-metropolitan English and their off-shoots across the island of Britain). It is a quite extraordinary result and will surely trigger an intense debate over greater autonomy for Edinburgh – or outright independence – in the coming months and years.

As for Wales, and its own significant “Leave” result, one must wonder how much did “ex-patriot” English voters effect the outcome? Undoubtedly a substantial number of the Welsh-born electorate supported an exit from the European Union but that number may well have been taken into majority territory through the votes of English-born residents in the country. As for the north-east of Ireland, where the nationalist community and a not insignificant minority of the unionist population opted for “Remain”, it finds itself on the same sinking ship as Scotland (and subject to much the same gloating from representatives of unreformed British nationalism). The inhabitants of the region may be soon robbed of their EU citizenship, with fatal consequences for the Belfast Agreement of 1998, the growing all-Ireland economy and society, and above all, the Irish nationality of nearly half the population of the Six Counties.

Will Britain seek to reimpose the “border” between the north-east of Ireland and the rest of our island nation? What passes as a theoretically international boundary line has been successfully reduced to little more than a change of road markings and traffic signs. For most Irish people the differences between “north” and “south” have ceased to exist in any meaningful way. If it weren’t for the currency, the different police uniforms, and the odd tattered union jack hanging from a lamp-post, a visitor to “the north” could be as much in Dublin or Cork as Belfast or Derry. A “soft border” has led to a sort of “soft reunification”. To replace both with a series of “approved” cross-border roads and bridges, of customs inspectors guarded by heavily armed paramilitary police and soldiers, to redeploy the army of occupation, would inevitably lead to renewed conflict.

I’m old enough to remember the British Army engineers, backed by dozens of troops in armoured personnel carriers and helicopter gunships, “cratering” countless roads and tracks used by the communities of the Irish province of Ulster, from the counties of Donegal to Monaghan. I’m old enough to remember the fighting on hedge-lined roads, the local people confronting the UK state, attempting to block the military bulldozers, the sappers with their glorified landmines, the soldiers with their batons and plastic-bullet guns. Back then there was no one to witness the miniature battles but the people themselves and the omnipresent police and army photographers. No journalists, no television news crews, no satellite-vans to report on the bloody, oppressive events. However, we now live in the age of smartphones and cheap digital cameras. We have Facebook, Twitter, Vine and Periscope. The British soldiers blowing up a “cross-border bridge”, the men, women and children trying to stop them, the council workers from north and south waiting to undo the damage done, would be live streamed to the world. An electronic Intifada from Ireland.

2016 is not 1976 or 1986 or 1996. If Britain wishes to provide a legitimate casus belli for a would-be Irish resistance, seeking to make visible an invisible border would be one way of doing it. As things stand, short of an understanding between Britain and Ireland, and the European Union, effectively excluding the Six Counties from the more parlous effects of Greater England’s hegemonic decision to turn its back on its neighbours in Europe, the demand for a reunification plebiscite on this island must surely take priority. Following #EUref it may well be time for #UnityRef. 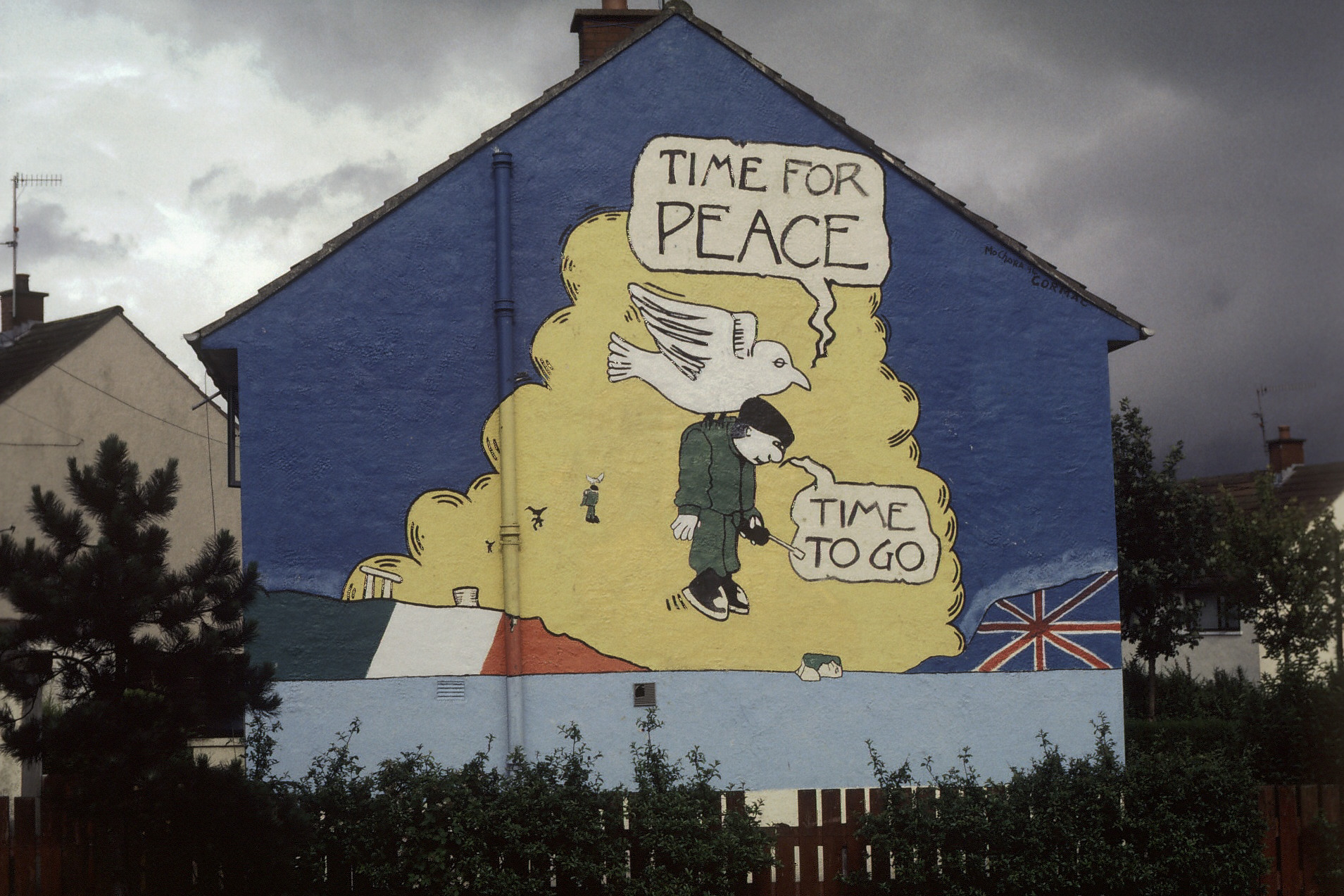 40 comments on “Following On From Brexit Is It Now Time For UnityRef?”