I’ve looked before at the phenomenon of improvised weapons in the Syrian civil war, in particular the use of Improvised Rocket Assisted Munitions or IRAMs and of quasi-armoured civilian vehicles, but here is a new – if predictable – development. The Jihad Council (JC), the military wing of the Lebanese political party, Hezbollah, has long had an interest in unmanned aerial vehicles (UAVs), more commonly know as drones. Since 2004 it has deployed a small number of military-grade aircraft known as the Mirsad-1, based upon the Mohajer range of UAVs supplied by Iran, the movement’s main source of weapons and equipment (at least until Vladimir Putin’s Russian Federation rediscovered its interest in the region). These have been augmented by commercially available civilian models re-purposed for reconnaissance tasks, following the practices of conventional armed forces across the Middle East. So far they are thought to have been quite successful in this role, especially in the JC’s contribution to the defence of the Assad dictatorship in Damascus. As recently as July a suspected Jihad Council drone leisurely flew in and out of Israeli airspace from a regime-held area in southern Syria, two American-supplied MIM-104 Patriot surface-to-air missiles and a fighter jet failing to shoot it down (to the embarrassment of the US’ arms industry and the Israeli Defence Forces).

However the unmanned aerial vehicles of the Jihad Council have now taken the next logical step, becoming weapons’ platforms or killer drones. So far the “killer” part of the description comes with heavy qualifications. Unlike the precision, death-dealing UAVs of the United States and its richer or more favoured allies, the JC drones are pretty crude affairs, more like old fashioned aircraft bombers than missile-brandishing aerial robots. In a short recently published video on YouTube the Jihad Council has shown some of its UAVs in action, hovering above selected targets before dropping “bombs”, possibly Chinese-made Type-90 (MZD-2) submunitions, onto them. While the actual military impact of the weapons may be debatable they are undoubtedly quite unnerving for those deployed in stationary positions. It is only a matter of time before the JC or someone else in the conflict zone of Syria and Iraq turns the drones into guided bombs, carrying sufficient explosive payloads to destroy any target they settle on. Given the static nature of the war around Damascus and elsewhere that could be a tactical game-changer. 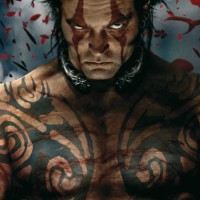 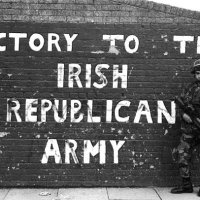