Featured above is an interesting lecture titled “A Comparison of the Hebrew and Gaelic Revivals“, originally given by Aidan Beatty of Trinity College Dublin to the Irish Jewish Museum on the 22nd of August 2013. In the presentation Beatty contrasts the political and cultural backdrops to the respective revivals and examines the expectation that the Irish language would be at the forefront of establishing independent Ireland’s national identity. Apologies for the poor video and audio quality.

3 comments on “A Comparison Of The Hebrew And Gaelic Revivals” 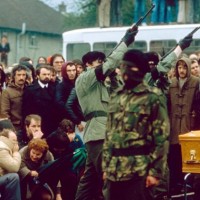