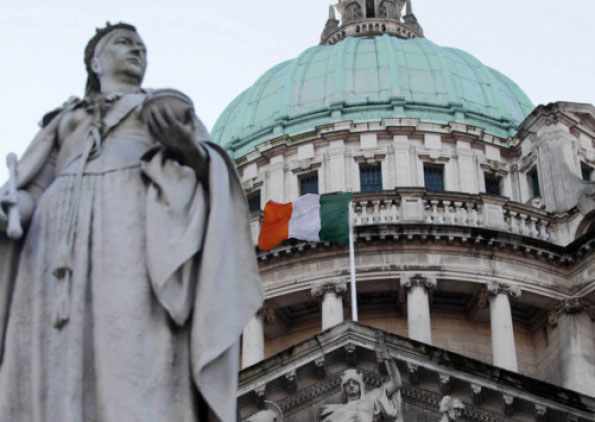 The accelerated nature of the so-called “ash-for-cash” scandal in the UK-administrated north-east of the country has made the controversy a difficult one to comment upon. No sooner is an opinion piece published than the latest twist in the story renders the commentary out of date. Sinn Féin’s flip-flop responses to revelations about mismanagement and corruption in the application of the Renewable Heating Incentive (RHI) scheme in the Six Counties have made this particularly true. These stories are largely centred on SF’s partners in the power-sharing executive at Stormont, the Democratic Unionist Party (DUP) and its leader, the first minister Arlene Foster. Though do not be surprised if news about individuals and businesses linked to other parties makes a headline-grabbing splash in the next few days or weeks.

Sinn Féin’s confused reaction to the RHI scandal has been partly attributed to the temporary absence and ongoing illness of Martin McGuinness, the SF deputy first minister, and very much the firm hand on the local rudder. However that speaks volumes about the party’s lack of in-depth leadership, at least as it relates to the north. SF seems lost at the moment (or is bound up with internal jockeying for power), even with his partial return to work, and all sorts of contradictory opinions are coming from within the normally disciplined and on-message membership. The Newsletter, an admittedly pro-union newspaper, has published a very useful timeline of the party’s national and regional reactions to the scandal.

So what is going on with Sinn Féin, and why is it so determined to help its disreputable unionist partners in the regional administration at Stormont? Some have argued that SF is actually more concerned with defending the hard-won political institutions established under the Irish-British peace process of the 1990s and early 2000s. Many in the party fear irreparable damage to those cross-community bodies if the DUP retreats back into the communal extremism that characterised its politics for decades. Better, goes the argument, confusion, compromise and dirty deals in the corridors of power than people “encouraging” blood on the streets. Others suggest that Sinn Féin has no choice but to prop up the northern executive, which necessitates the presence of the majority Democratic Unionists and Arlene Foster, however tainted, since there is no other game in town (bar reaching for the metaphorical pikes in the thatch). While observers with a more realpolitik frame of mind point to recent constituency changes for the northern assembly, which could see SF lose five MLAs in any new round of elections.

Whatever the outcome in the coming period, there is no escaping the fact that the RHI controversy is likely to cost taxpayers in the north-east of the country some €577 million (£490 million sterling) over the next two decades, with the British government in London refusing to foot the criminally-inflated bill. Given that Britain subvents the otherwise financially broke Six Counties to the tune of £11 billion sterling a year, this may mean considerable hardship for the population of the region, nationalist and unionist. Throw in the looming disaster of Brexit, with the possible reimposition of British border around the north-east of the island, and the future is looking very bleak indeed for Britain’s legacy colony in Ireland.

So, not all bad news then…