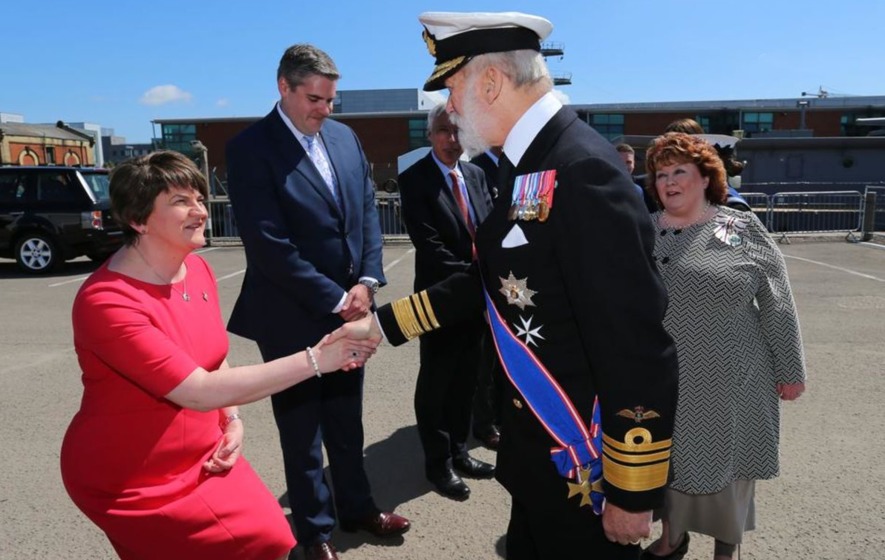 Talking of colonial supremacists, here is Arlene Foster, the beleaguered leader of the Democratic Unionist Party (DUP) and her latest contribution to cross-community politics and long-term peace in the UK-administered north-east of Ireland, via the BBC:

“The DUP will never agree to an Irish language act, its leader has said.

Arlene Foster said that perhaps there should be a Polish language act instead because more people in Northern Ireland spoke Polish than Irish.

Alluding to Sinn Féin demands, she told a party event: “If you feed a crocodile it will keep coming back for more.””