I’ve largely enjoyed the animated comedy work of the talented US writer and director Seth MacFarlane. The early seasons of Family Guy and American Dad were quite good, as was as the 2012 movie, Ted (though the 2015 sequel and the more recent A Million Ways to Die in the West were less successful). Because of this history I’m looking forward to The Orville, the new science-fiction sit-com he is producing and starring in for Fox Television. The trailer has just been released and it looks humorous enough, if somewhat overly familiar in tone to his other writing. In the United States comparisons between the TV production and the 1999 film Galaxy Quest will be inevitable, since this is the only other big-budget foray into the world of Star Trek spoofdom. Some, of course, will look instead to Britain’s three-decade cult favourite, Red Dwarf, or to the lesser known Hyperdrive (both from the BBC).

However the forthcoming programme reminded me of an earlier attempt at a sci-fi television comedy, Starhyke, produced on-spec by an independent media company in the UK. While the principal shooting for the six episode series took place in 2004 it did not see a final release until 2008, airing on an obscure British satellite channel in 2011. Its main draw was the formerly popular cult star, Claudia Christian. The latter had finished her regular stint on the seminal SF drama Babylon 5 in 1996 and by the early 2000s she was touring the convention circuit with some acclaim, enhanced among fanboys by her 1999 centrefold appearance in Playboy magazine. Her presence in the show was intended to attract the interest of TV network buyers and geek audiences. Unfortunately too many years had passed between the fame of B5 and the final production date, coupled with the show’s less than stellar writing and production values. At the same time, the American actress had succumbed to alcoholism and other problems, before reemerging more recently as a self-help guru, fiction author and, for the want of a better term, MILF.

Anyway, you can watch the first episode here, and the trailer is below.

H/T to WorldByStorm over on the Cedar Lounge Revolution. 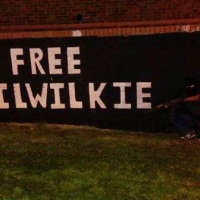 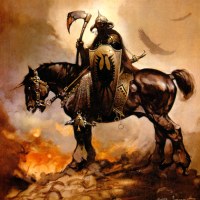