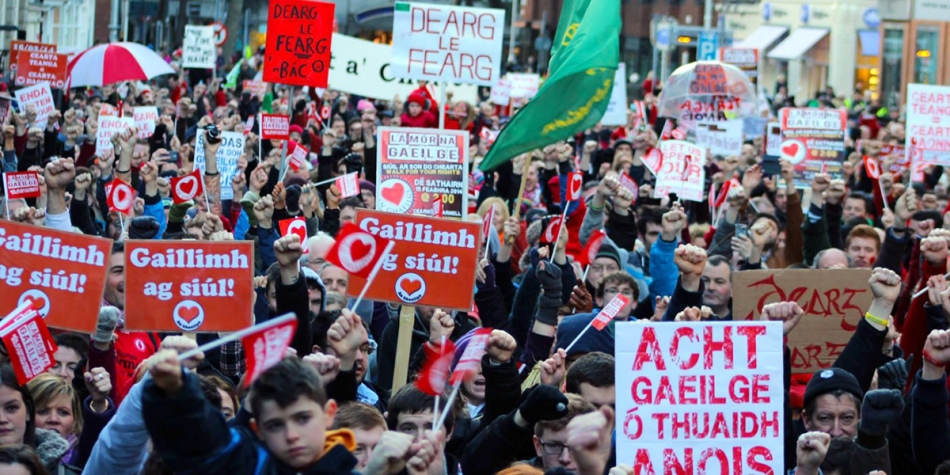 At the weekend I was interviewed by a metropolitan American journalist doing some background research into Brexit and the possible (or likely) impact it will have on the delicate post-conflict settlement in the north-east of Ireland. One thing which puzzled him, as he toured the UK-controlled Six Counties over the last few days, was the vitriol displayed by unionist interviewees towards the Irish tongue. He asked me if I could give him a straightforward reason why the British separatist minority on this island are so hostile to its “native language”. The simplest answer was the one he alluded to in his own question. In a colony the colonists, or their supposed descendants, will always denigrate and fear any sign of “native” identity and equate it with “resistance”. Resistance to displacement and dispossession, occupation and annexation, subjugation and humiliation. Unionist antipathy to Irish is born out of political unionism’s awareness of its own precarious existence and its weakening grip on Britain’s first and last colony. The contemporary “culture war” reflects a rearguard action by a retreating invader, a hostile force incapable of agreeing an honourable armistice with its erstwhile enemy.