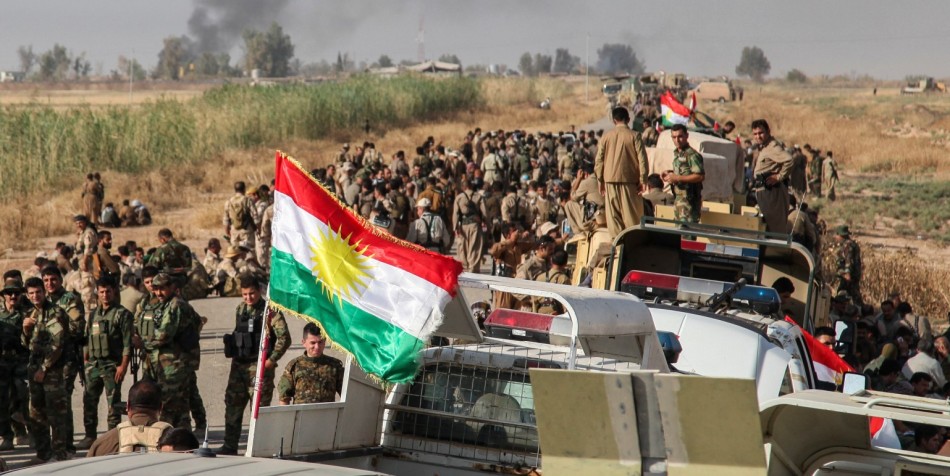 Reading this report in the Guardian by Martin Chulov, the newspaper’s veteran Middle East correspondent, it seems that my analysis of the precipitous Kurdish retreat from the oil-rich Iraqi city of Kirkuk, in the north, was spot on. The shambolic withdrawal of Peshmerga forces nominally loyal to the autonomous Kurdistan Regional Government (KRG) reflected long-standing factional divisions within the disparate independence movement of the Kurds. And the strength of Iran’s influence in Iraq. Over the last few years it has become clear that the future of the war-ravaged country is being partly shaped by the government in Tehran and not Baghdad. Those Kurdish parties ready to exploit that intervention are making their own grab for power.

Lining up to claim the rout of the Kurds were Iraq’s prime minister, Haider al-Abadi, and Iran’s omnipresent general, Qassem Suleimani, whose influence in the days before last weekend’s attack was key to shaping the aftermath even before a shot had been fired.

The fall of Kirkuk has also unearthed a faultline that lay at the heart of the decision to hold the referendum, which won 93% endorsement among those Kurds who turned up to vote, but was never wholeheartedly endorsed by the Talabani clan, whose peshmerga forces had been responsible for defending its southern approaches.

While Iraq’s military indeed played a prominent role in reclaiming Kirkuk, so, too, did Shia groups who report to Suleimani…

…Suleimani also sat opposite the de facto Kurdish president to try to dissuade him, according to a senior Kurdish officials. When that did not work, he requested – and was refused – a second meeting. And, over the past two months, he had been a regular visitor to the rival political camp in the Kurdish north – the Talabani family, in the region’s second city, Sulaymaniyah.

On Saturday, 15 October, with Iraqi and Shia forces massed near Kirkuk, the Kurdish factions – the KDP, which is led by the Barzanis, and the PUK, a fiefdom of the Talabanis – sat down to talk in the lakeside town of Dukan. Barzani arrived with his son Masrour, and other senior officials. On the PUK side, Hero Ibrahim Ahmed, the widow of the PUK father-figure Jalal Talabani, who had died just over a week earlier, led a delegation including her eldest son, Bafel, and security tsar Lahur.

KDP officials also believe that Bafel and Lahur held two previous meetings with leaders of the PMUs – one of which Suleimani attended – in Tuz Khurmatu, 37 miles south of Kirkuk.

It is almost certain the Talabani-led Patriotic Union of Kurdistan (PUK) initiated the surrender of the Kirkuk region to the encroaching Iraqi federal forces, which included the Iranian-backed militias mentioned above, leaving the Barzani-led Kurdistan Democratic Party (KDP) no choice but to follow suit. By doing so the PUK grouping deepened its influence among Baghdad’s ruling cliques, and delivered a military and political humiliation to its enemies-cum-partners in the Kurdish capital of Erbil. However the very real possibility of a return to open conflict between the competing strands of Kurdish nationalism, as in the 1990s, seems a step closer today than it did just a few weeks ago.