For those of us who grew up under Fine Gael taoisigh like Garret Fitzgerald and John “Union Jack” Bruton, the evident annoyance of the FG-led government with their Conservative Party counterparts in the United Kingdom makes for an odd spectacle. This is especially true of the current Taoiseach, Leo Varadkar, a right-wing politician very much in the mould of the more socially liberal wing of the Tories. The shine has very much been taken off the London apple in the eye of the Dublin establishment as the outworkings of the UK’s vote to leave the European Union continue to cause international confusion and uncertainty. Ireland’s ministers and diplomats find themselves in the unusual position of receiving a more sympathetic hearing in the capitals of Europe than their British rivals. Arguably, not since the days of Charles Haughey and Francois Mitterrand  – or indeed, Helmut Kohl – has the country and its interests received so much attention on the Continent.

This is evident in this confidential report compiled in the last few weeks by the Department of Foreign Affairs and leaked to RTÉ News:

An internal report by the Department of Foreign Affairs has painted a negative and deeply unflattering picture of Britain’s performance in the Brexit negotiations.

It is based on an extensive round of meetings between senior Irish diplomatic figures and government officials in European capitals.

The confidential report, seen by RTÉ News, quotes senior EU figures as being alarmed by “chaos in the Conservative government”, with British ministers and civil servants unable to agree a coherent policy on Brexit.

The report says there are significant concerns across European capitals that it will be difficult to break the deadlock in the negotiations ahead of the December summit.

The paper is based on a series of meetings between Irish ambassadors and senior embassy officials and government and foreign ministry officials in ten EU member states and in Japan.

The document is a compilation of political reports from Irish embassies across Europe between 6 and 10 November.

The opinions voiced by EU ministers and senior officials to Irish diplomats reflect widespread pessimism and even scorn about the British government’s negotiating position.

No doubt, some in the United Kingdom will see this leak as further evidence of a “conspiracy” between Dublin and Brussels to pile pressure on London, especially in relation to the future position of the UK-administered Six Counties (and the British-imposed partition border around it, which Brexit will undoubtedly renew and reinforce unless Britain agrees to a series of compromises in the coming months). However, that does not take away from the basic fact, that the United Kingdom is being viewed by many administrations across Europe as a bad, disruptive and potentially unwelcome neighbour. And no one did that to the British but themselves. 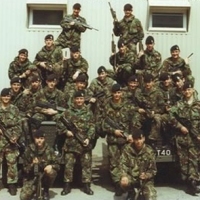 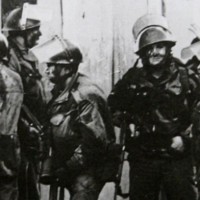