And with one bound she is gone! Or rather, with a few gentle nudges in the right direction from senior party colleagues. According to a report by The Journal, the controversy-ridden Tánaiste and Minister for Business, Enterprise and Innovation, Frances Fitzgerald, is expected to resign from the Fine Gael-led minority government later today, with a statement in Dáil Éireann imminent.

It follows days of controversy around the legal strategy used against Garda whistleblower Maurice McCabe during the O’Higgins Commission of Investigation.

Fitzgerald told colleagues about her resignation at a meeting of the Cabinet which ended shortly after 12 noon. She is expected to make an official announcement in the Dáil later this afternoon.

Her resignation comes just hours before Fianna Fáil was scheduled to table a motion of no confidence in her, which would have led to a collapse of the government and the calling of a general election

So what convinced FG leader Leo Varadkar and his fellow ministers to request Fitzgerald’s resignation? One scandalous revelation too many? The threat of a pre-Christmas general election, with much the same uncertain result as we got back in 2016? Or was it the prospect of Tánasite Mary Lou McDonald sitting alongside Taoiseach Micheál Martin, if the electoral numbers swung the right way and the FF boss could be persuaded to do the right thing, in the “national interest”, with his republican rivals on the left?

One thing is certain. The Fine Gael backbenchers will be eager for some Opposition blood to avenge the taking down of one of their own. Fun times ahead! 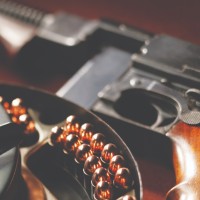