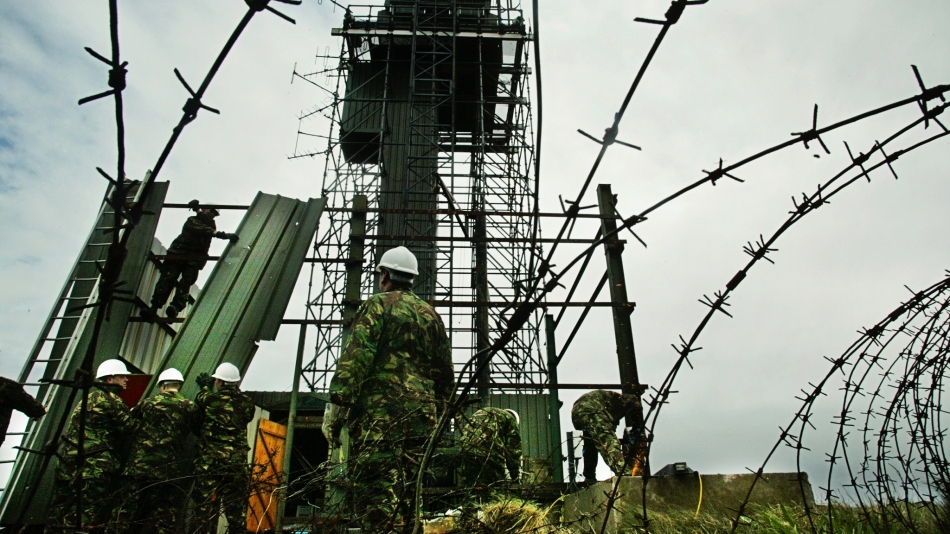 Facing the inevitable consequences of its inability – or unwillingness – to negotiate a fair Brexit deal with Brussels and Dublin, it seems that London is readying detailed plans for a future “hard border” in Ireland. According to Irish and British media reports, officials in the United Kingdom are studying a range of controversial measures which will lead to the establishment of a formal customs frontier around the UK legacy colony in the north-east of the island. A frontier which will almost certainly become a militarised one in the years ahead, given the determination of many local Irish communities to resist a return to the oppressive era of cross-border checkpoints and approved road routes under the control of the British authorities.

From the Independent newspaper in Britain:

People crossing the Irish border would have to register in advance to avoid checks and delays after Brexit under a hugely controversial plan being considered by No 10.

Anyone without “fast-track movement” clearance would have to use approved crossing points or would be “considered to have entered the state irregularly”, the study suggests.

Despite Theresa May’s insistence that the border will continue to have no “physical infrastructure”, both CCTV and cameras to track vehicle number plates would be needed at some crossing points, according to the blueprint.

Nevertheless, the Prime Minister has told MPs she has “asked officials to look at it very carefully”, adding: “I believe it gives some very good proposals for solutions.”

The decision to consider the plan, put forward in Brussels, was strongly criticised by the Irish government, which told The Independent the proposals would break Ms May’s pledge of no “physical infrastructure and associated checks” after Brexit.

Unsurprisingly, the Democratic Unionist Party, the parliamentary allies of the minority Conservative Party government in the United Kingdom, has welcomed the shock proposals, hailing them as “…an excellent foundation to build on”. The ethno-separatist DUP has been pursuing its own covert agenda in relation to the UK’s withdrawal from the European Union since the country’s membership referendum in 2016, hoping that the international divisions stirred up by the move will lead to a deepening of British-imposed partition in Ireland. Thus reinforcing, in their minds, Britain’s rule over the Six Counties for another generation or two (even if that outcome leads to a renewal of violent conflict in the disputed region, albeit at a lower intensity than witnessed during the thirty years of the so-called Troubles).

With the government and party of prime minister Theresa May split between competing factions, including hard-right populists, nationalists and xenophobes, and her tenure in office reliant on the parliamentary votes of the reactionary and hibernophobic Democratic Unionists, any hope of a compromise agreement emerging from London on the issue of Brexit seems to be fading.

I wonder how the #DUP and #Tory loons will put a #Brexit customs checkpoint on a cross-border inland waterway? Float an aircraft carrier on it?! 😵 https://t.co/fpI5F5xb3s

6 comments on “Britain Prepares For Hard Border In Ireland, Rejecting Irish And European Pleas For Compromise”