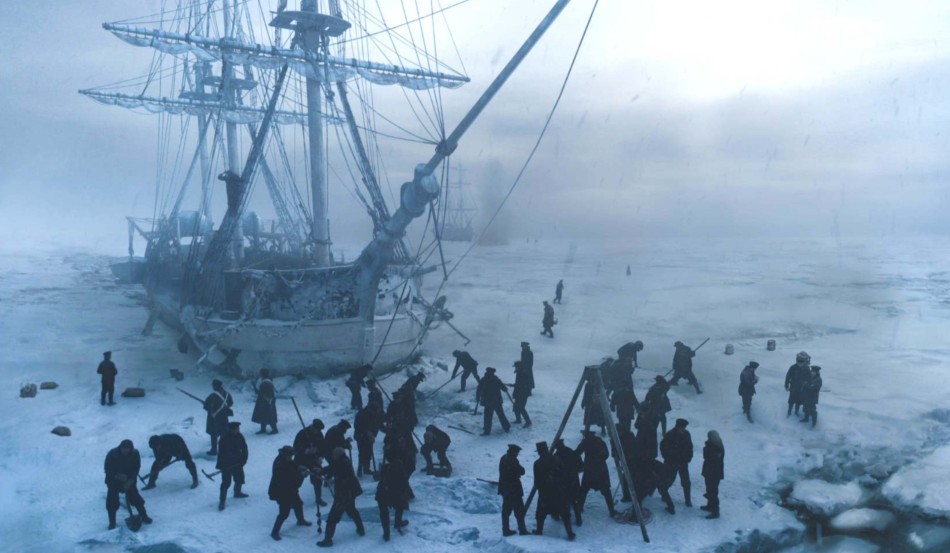 Blame Sidney Lumet’s all-star mystery, Murder on the Orient Express, the 1974 dramatisation of the eponymous novel by Agatha Christie. Or Stanley Kubrick’s The Shining, the 1980 adaptation of a Stephen King story of the same name, as well as John Carpenter’s gory 1982 remake of The Thing. Not to mention Bruce Robinson’s underrated 1992 thriller, Jennifer 8, and the cult favourite, Fargo, the seminal 1996 offering from the Coen siblings. All of these productions*, with their snow-filled landscapes and foggy-breathed characters, have left met me with a love of movies or television shows set in wintry conditions. While last year’s neo-Western, Wind River, featured an impressive and moving story, part of the film’s power derived from its pale mise-en-scène, the bone-chilling territory of Wyoming in mid-winter.

So, I will admit to looking forward with a great deal of anticipation to AMC’s The Terror, a small-screen version of Dan Simmons similarly titled 2007 historical horror novel. If the TV show is as good as the book, an award-winning publication from the American author of such sci-fi classics as Hyperion and Ilium, then I am in for a treat. Enjoy the trailer below.

3 comments on “The Terror, AMC’s Adaptation Of The Dan Simmons’ Novel”