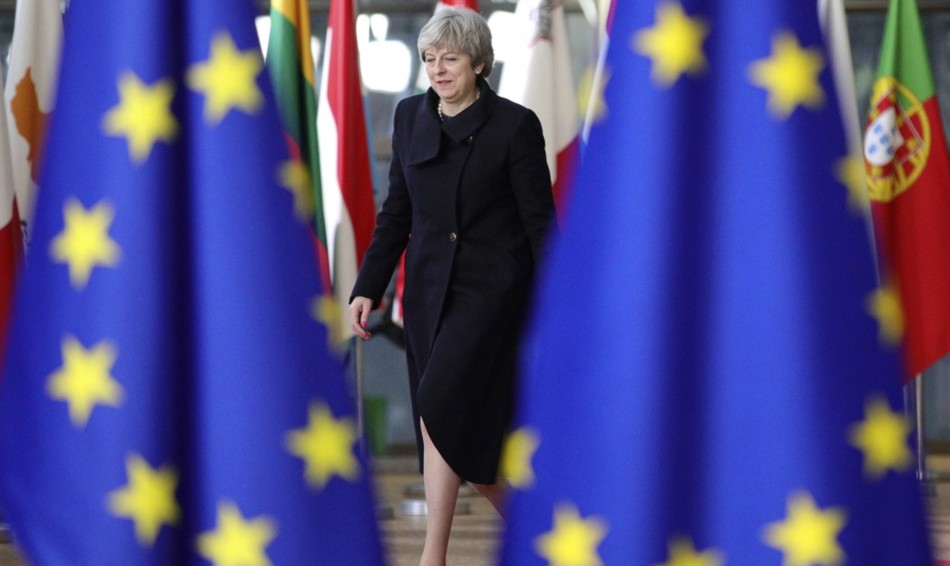 Will she or won’t she? That is the question concerning Theresa May and the possibility of a snap general election in the United Kingdom, following the British prime minister’s car-crash confrontation with leaders of the European Union at the recent summit in Austria. Apparently pushed into a more aggressive tone on the issue of the UK’s withdrawal from the EU by her parliamentary allies, the ultra-right Democratic Unionist Party, the Tory boss managed to alienate most of her peers at the Salzburg gathering (bar Hungary’s equally isolated leader, the authoritarian Viktor Orbán). Though a quick perusal of the subsequent press coverage in Britain would have you believe that Europe was the transgressing party at the gathering, with The Sun newspaper expressing outrage over the supposedly “disrespectful” responses of the “EU Dirty Rats” and “Euro mobsters”. All this turmoil has deepened the existing splits within the governing Conservative Party, as europhobic backbnech MPs demand a more pugnacious line with Brussels, one which favours their desired outcome of a “hard” exit from the EU in 2019.

Meanwhile, the opposition Labour Party in Britain is apparently ready to back a second referendum on the issue of Brexit if its forthcoming party conference supports it. However, and crucially, any proposed plebiscite would focus solely on the nature of the final withdrawal deal between the UK and the EU. Not the withdrawal itself. Which leads one to suspect that there are more than a few sneaking Leavers at the top of Labour, albeit from a far-left eurosceptic perspective. Indeed, the group’s stance on Brexit dovetails nicely with the determination of some party activists to deny the people of Scotland the right to hold a second vote on independence following 2014’s failed ballot. As was noted during the early years of the Irish-British Troubles, the political and military policies of the Labour Party when in power were often indistinguishable from those of the Conservative Party. Or worse.

Finally, Brexit continues to turn the party politics of this island nation on its head, as reported by RTÉ:

Fianna Fáil Brexit spokesperson Lisa Chambers said that what happened in Salzburg on Thursday was regrettable.

Ms Chambers said she believes it set back negotiations and has done nothing for relations between the UK and the European Union.

She said she believes the British public thinks that Ireland played a role in Mrs May’s so-called “thrashing” as Ireland is part of the EU 27.

She also said the optics of Taoiseach Leo Varadkar strolling along with French President Emanuel Macron was not good for relations.

It really is extraordinary to see Fianna Fáil becoming an apologist collective for British obstructionism in Europe, arguing that we should associate with the exiting member state seeking to damage the European Union rather than with the remaining member states seeking to preserve it. These statements read like a pastiche of a Sunday Independent editorial and are indicative of how lacking in direction or policy FF is. The party has little purpose now beyond being the anti-Fine Gael.

7 comments on “Brexit Turmoil In Britain. Will Theresa May Call A Snap General Election?”