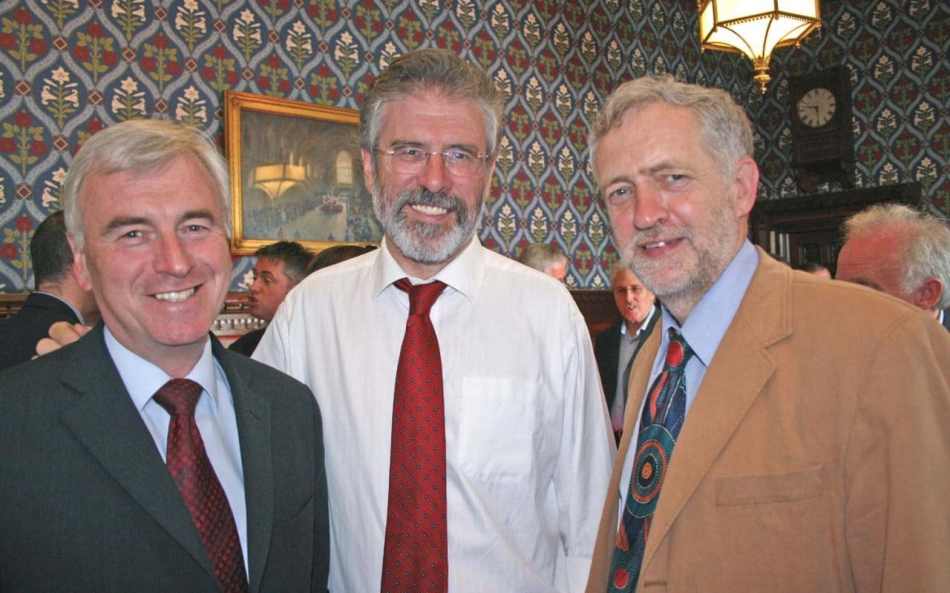 Yesterday’s claim by John McDonnell, the Shadow Chancellor of the Exchequer for the British Labour Party, that he longs for a reunited Ireland has drawn the usual hyperbolic reaction from the right-wing press in Britain. Speaking at a lunch with journalists in London, the veteran MP and activist was asked for his solution to prevent the imposition of a hard border around the Six Counties as the United Kingdom withdraws from the European Union.

One of the concerns we have got through all this on all sides of the Republican debate is nothing in these discussions should cause any damage to the Good Friday Agreement which I think was a huge achievement.”

The hibernophobic media and Conservative Party backbenches in the UK are treating John McDonnell’s statement as an undying declaration of fealty to a Thirty-Two County Irish Republic when it is nothing of the sort. In fact, his words are rather ambiguous on the question of Labour supporting the so-called backstop. That is, the agreement between Brussels and London to maintain regulatory alignment on the island of Ireland, thus protecting the open frontier around the anomalous British territory in the north-east of the country and the peace accords which ended decades of conflict in the region. That said, I’ve always been of the opinion that in terms of British allies to the Irish cause, John McDonnell is the Labour man to watch, not the party leader, Jeremy Corbyn.

3 comments on “UK Labour’s John McDonnell: I’m A Republican. I Long For A United Ireland”