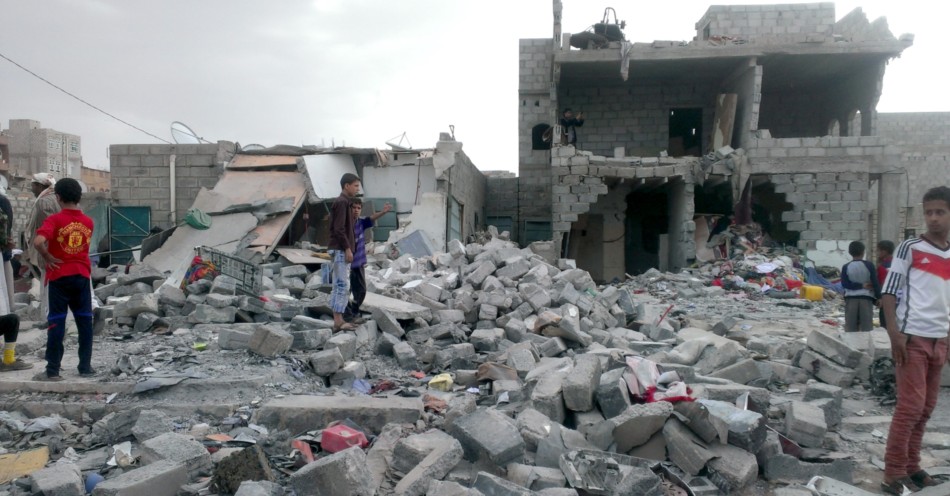 The use of foreign-born recruits or mercenaries for combat operations by the military and paramilitary forces of the Gulf States has been the norm in the region for many years now, with the United Arab Emirates and the Kingdom of Saudi Arabia leading the way (or at least doing so when Western allies have been disinclined to do the fighting for them or were insisting on some sort of visible joint-effort to satisfy domestic critics in the West). While the Emirates has tended to look for top-dollar “contractors” from North America, Europe and Latin America – in that order – the Saudis have typically sought to do things on the cheap, often seeking guns-for-hire from their poorer neighbours or from Pakistan and parts of Africa. So the news from the New York Times that Riyadh has been using underage recruits to fill up the many gaps in its disastrous campaign against the Houthi opposition in the Republic of Yemen has come as no real surprise.

The civil war in Darfur robbed Hager Shomo Ahmed of almost any hope.

…around the end of 2016, Saudi Arabia offered a lifeline: The kingdom would pay as much as $10,000 if Hager joined its forces fighting 1,200 miles away in Yemen.

Hager, 14 at the time, could not find Yemen on a map, and his mother was appalled. He had survived one horrific civil war — how could his parents toss him into another?

The United Nations has called the war in Yemen the world’s worst humanitarian crisis. An intermittent blockade by the Saudis and their partners in the United Arab Emirates has pushed as many as 12 million people to the brink of starvation, killing some 85,000 children, according to aid groups.

…the Saudis have used their vast oil wealth to outsource the war, mainly by hiring what Sudanese soldiers say are tens of thousands of desperate survivors of the conflict in Darfur to fight, many of them children.

At any time for nearly four years as many as 14,000 Sudanese militiamen have been fighting in Yemen in tandem with the local militia aligned with the Saudis…

Most belong to the paramilitary Rapid Support Forces, a tribal militia previously known as the Janjaweed. They were blamed for the systematic rape of women and girls, indiscriminate killing and other war crimes during Darfur’s conflict, and veterans involved in those horrors are now leading their deployment to Yemen…

Some families are so eager for the money that they bribe militia officers to let their sons go fight. Many are ages 14 to 17.

Admittedly, the Islamic Republic of Iran has been doing the exact same thing for the last five years, recruiting child soldiers, cannon-fodder really, from Afghanistan and its own impoverished or ethnically-suspect areas to fight on its behalf or that of its allies in Yemen, Syria and Iraq. Of course, this somewhat new method of warfare in the Middle East owes it inspiration to the United States and its legion of private armies which sprang up in the early 2000s. It didn’t take the region’s competing powers too long to realise the many political and economic benefits of war-by-contractor, or for US and European companies to realise the potential profits to be made by diversifying away from the strict needs of Washington.