A majority of voters in the United Kingdom, some 55%, would prefer if “Northern Ireland” joined a reunited Ireland rather than stay in the UK or don’t care either way. That is the result of a new poll by Ipsos MORI in London, which also found that a minority of Britons, only 36%, would like the British legacy colony on the island of Ireland to remain under the authority of the UK. Those percentages are very similar to figures seen in a number of recent surveys in Britain, which highlight a domestic electorate increasingly disenchanted or disinterested in the country’s presence in the Six Counties, especially in light of the torturous Brexit negotiations between the United Kingdom on one side and the European Union and Ireland on the other. Negotiations which are consumed with debate about the current and future status of the contested region and the damage Brexit is causing to the Irish-British peace process. 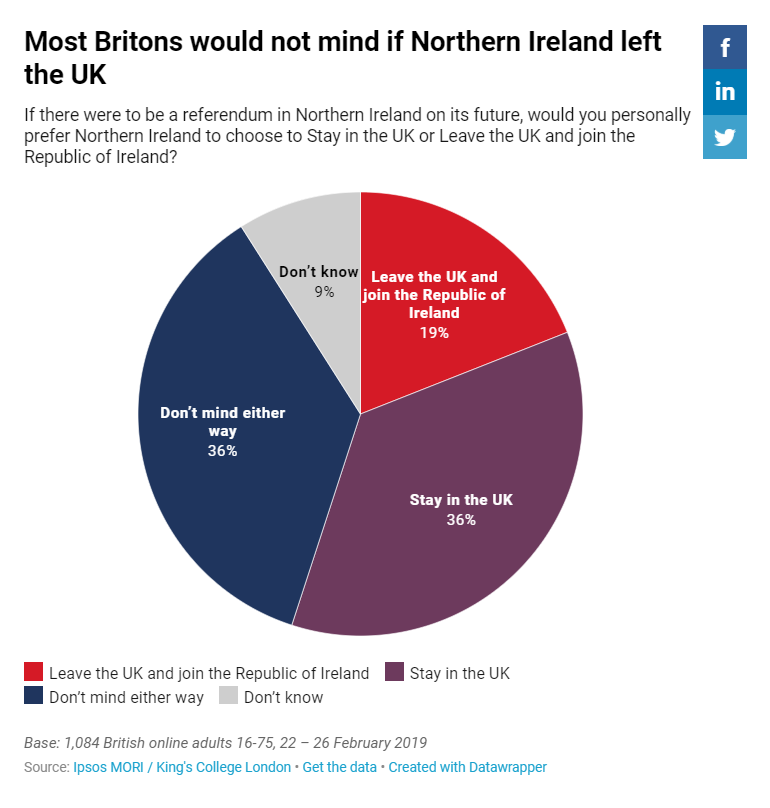