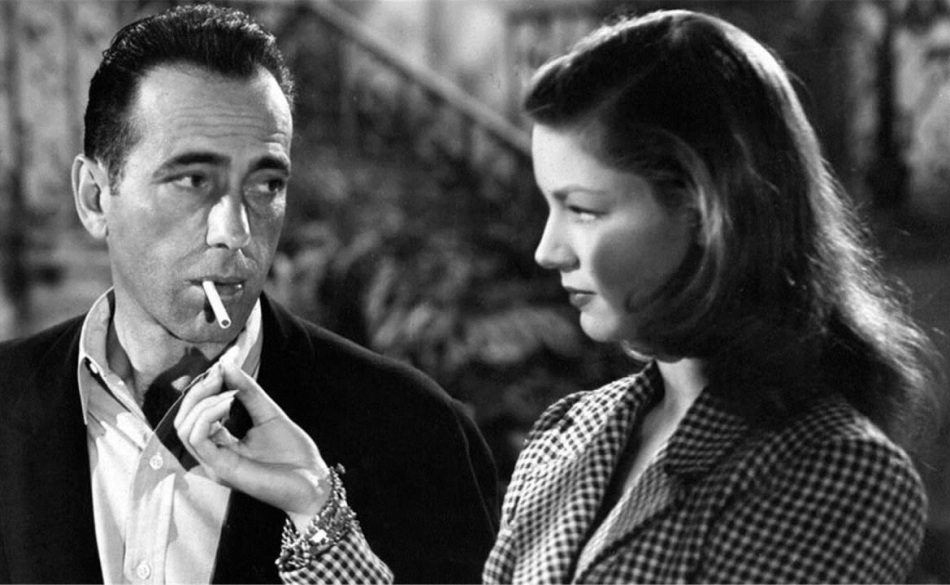 American television drama has undergone a remarkable transformation over the last decade or so with Hollywood actors and actresses who previously dismissed TV work as somewhat beneath them now flocking to appear in big budget shows on premier cable and streaming channels. Of course this is not the first time that this has happened, with previous crossovers between the big and small screens occurring in the 1970s and in the early days of the medium itself. And before that, when radio was the dominant electronic platform for home entertainment, many stars supplemented their film careers by appearing in original programmes or audio adaptations of their most successful theatrical releases.

The legendary actor Humphrey Bogart and his wife Lauren Bacall took this route in March 1951 when they starred in the first episode of Bold Venture, a syndicated show that was broadcast on some 400 local radio stations across the United States in the 1950s. Recorded for Bogart’s Santana Productions, the half-hour dramas featured the fifty-two year old star in the role of Slate Shannon, a classic Bogartian character name, the owner of a run-down hotel in tropical Havana which accommodated a wide array of shady guests, from nascent revolutionaries to treasure-hunting criminals. Aided by his companion Sailor Duval, a twenty-seven year old Bacall in fine form, the sailor-turned-businessman took on modern-day pirates and other hazardous situations while navigating the waters of the Caribbean in his yacht “Bold Venture” in a series of episodic adventures. Though the initial stories were rather hit-and-miss in terms of the writing and acting the show quickly hit its stride to become a modest hit, despite the concerns of conservative newspaper and magazine critics who questioned some of its mores. The real-life chemistry between the husband and wife team, obvious since their first movie together, To Have and Have Not in 1944, translated well to the radio giving rise to some famously snappy lines.

Sailor Duval: “You talk about Havana like it was a woman.”

Sailor Duval: “How do you talk about me behind my back?”

Slate Shannon: “Walk ahead of me an’ I’ll think of something.”

However by the summer of 1952 Bogart’s already lukewarm passion for the project had waned and though Bacall remained enthusiastic the season-and-a-half was all that was produced. Fortunately it seems that a majority of the recordings from 1951-52, up to seventy-eight stories by most counts, have survived the end of the Golden Age of American Radio and the vagaries of radio drama archiving. The Internet Archive contains fifty-seven public domain episodes of the show, most of which have been taken from the dedicated fan website Bold Venture which links to a blog called The Digital Deli Too, a hugely informative resource for radio drama enthusiasts.

You can listen to or download all the surviving parts of Bold Venture from the sites above. If you’re an admirer of Humphrey Bogart and classic Hollywood entertainment, and I’m a huge fan of both, the adventures of Slate Shannon and Sailor Duval are well worth your attention. Just don’t expect contemporary attitudes or drama in a radio show made over sixty years ago.

1 comment on “Bold Venture With Humphrey Bogart And Lauren Bacall”