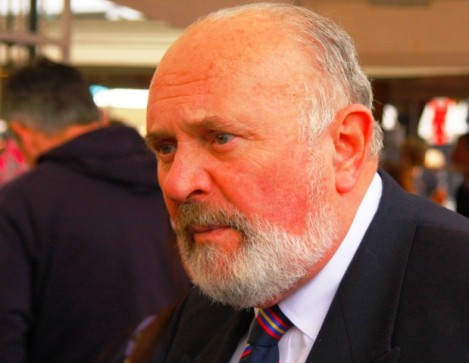 So, as I and many other commentators predicted, the presidential campaign of Senator David Norris has come to something of an ignoble end. From the Irish Times:

‘Mr Norris held a press conference outside his home in Dublin this afternoon to inform supporters he was withdrawing from the race.

“I deeply regret the most recent of all the controversies concerning my former partner of 25 years ago, Ezra Yitzhak Nawi,” he said. “The fallout from his disgraceful behaviour has now spread to me and is in danger of contaminating others close to me both in political and personal life.

“It is essential that I act decisively now to halt this negative process. I do not regret supporting and seeking clemency for a friend, but I do regret giving the impression that I did not have sufficient compassion for the victim of Ezra’s crime,” Mr Norris said.

“I accept that more than a decade and a half later when I have now reviewed the issue, and am not emotionally involved, when I am not afraid that Ezra might take his own life, I see that I was wrong. He served his time and never offended again.

“Yes, his actions were terrible, but my motivation to write the letter was out of love and concern. I was eager to support someone who has been very important and continues to be important in my life.

“It is very sad that in trying to help a person I loved dearly, I made a human error.”‘

An honest summation of some misjudgements on the Senator’s behalf though perhaps understandable given the circumstances. However the broader question over David Norris’ attitudes towards intimate relations between homosexual men and adolescent youths need some further elaboration. Hopefully, when the controversy has died down and the Senator has been given some time to gather his thoughts, that full explanation will be forthcoming.

In hindsight I think it might be seen, as others have already stated, that Senator Norris was perhaps not the most suitable of candidates for the job. Bringing with him much mixed baggage, a tendency for foot-in-mouth syndrome, and a certain air of being a bit of a political dilettante (unfairly?), the office of Uachtarán na hÉireann might well have proved to be more of a cage that a plinth for the good Joycean. Perhaps, when all is said and done, he has had a lucky escape? Let us hope his reputation can likewise escape this current scandal.

All of which shenanigans, of course, leaves us with Michael D. Higgins and Gay ‘The Christian’ Mitchell as the two most likely head-to-head candidates. For now.