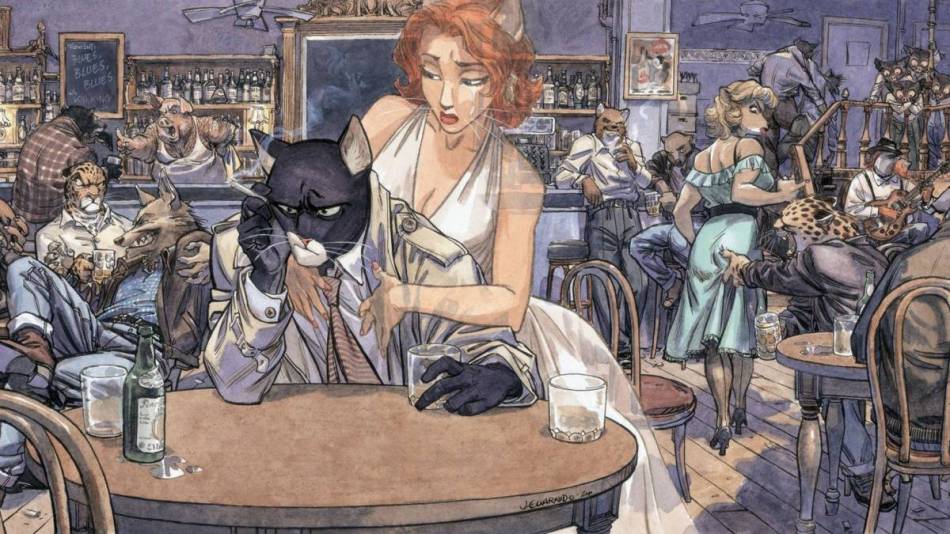 As I may have stated before, I am a huge fan and unashamed proselytiser for the Blacksad series of graphic novels by the Spanish creative team of writer Juan Díaz Canales and artist Juanjo Guarnido. Initially aimed at the thriving French comicbook market, the anthropomorphic tales began in the late 2000 with the publication of the first volume, Quelque part entre les ombres, which eventually appeared under the rather more prosaic title of Blacksad in a later English translation. Featuring the film noir-like adventures of the eponymous private investigator John Blacksad, the stories are situated in a closely observed version of the United States during the 1950s, with a wide cast of reoccurring characters and locations. Over the last two decades the series has grown in leaps and bounds, garnering awards along the way for Canales’ insightful writing and Guarnido’s incredibly detailed water-colours, with more volumes in English promised soon. By way of an introduction I’d recommend the video below from the YouTube creator Matt Draper.