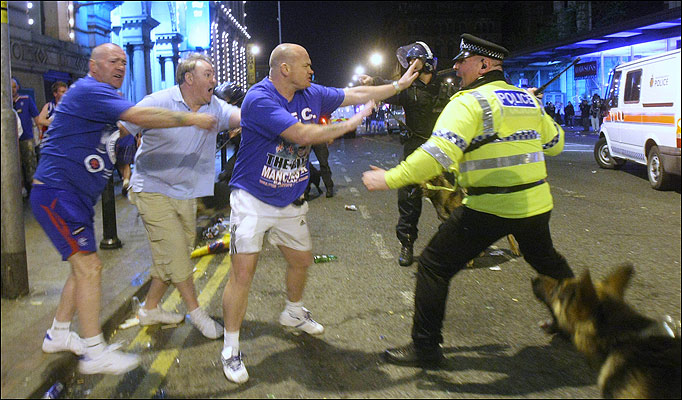 Newsnet Scotland carries a report on the fierce attacks launched by British Unionists against the Scottish premier and SNP leader, Alex Salmond, who understandably protested at Scotland being lumped in with England during the recent civil unrest in the latter nation.

‘The attacks from Labour, Tory and Lib Dem politicians in Scotland follow comments from Mr Salmond who had sought to ensure that riots in England were not inaccurately portrayed as having happened in Scotland.

On Wednesday when interviewed on Radio Scotland the First Minister highlighted the importance of tourism to Scotland and claimed that the presentation by some media outlets, which were describing the violence and looting as a ‘UK’ problem, was potentially damaging to the Scottish economy.

The comments have had the effect of bringing Unionists in Scotland together in condemnation of the First minister.  There were angry outbursts from Labour’s Iain Gray who called the remarks “embarrassing” and Tory David Mundell who labelled them “parochial”.  Lib Dem Willie Rennie claimed Scotland already had “social disorder” and accused Mr Salmond of “gloating”.

Mr Salmond has also faced criticism from the Scotsman newspaper after he included the paper in media outlets he claimed had presented coverage of the riots in a manner that might have an adverse effect on Scottish tourism and increase the risk of copy-cat violence.

In an incredible editorial the Scotsman newspaper responded by insisting that Mr Salmond’s tone was wrong when he stated that no riots had occurred in Scotland.  The newspaper defended its description of the riots as ‘UK riots’ and argued that Scottish tourism could not be damaged as ‘foreigners’ were not able to tell the difference between Scotland and the UK.

The editorial read: “… he [Mr Salmond] is misguided if he thinks countries such as those that issued travel warnings distinguish between Scotland and the UK.  Rightly or wrongly, they simply do not do so.”

Speaking yesterday on Radio Scotland SNP MP Pete Wishart said that by highlighting the fact that no riots had happened in Scotland the First Minister was guilty of nothing more than “stating the bleeding obvious”.  Mr Wishart pointed out that tourism is a vital sector of the Scottish economy and it was important to ensure everything was done to protect jobs and encourage visitors.

The BBC have already responded to complaints by amending their coverage to more accurately reflect the geographical and national origins of the trouble.’

As I have stated before the run-up to the referendum on Scottish independence will see new lows in the political and media bias of Scotland’s pro-British establishment. This is just the latest example of using, and abusing, every news event that arises to attack the SNP and Alex Salmond in particular and it will continue. 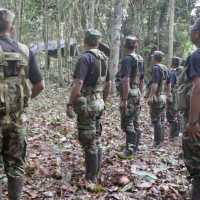