Lecturer and author Niamh Hourigan discusses TG4, the Irish language television channel, in the Irish Times with some interesting, if debatable, points:

“Although fully independent of RTÉ since 2007, the national broadcaster continues to play a significant role in TG4 through the provision of news and other programming. When my book Escaping the Global Village , which dealt with the campaign to establish the broadcaster was published in 2003, it was already clear it had become a force for innovation on the Irish media landscape. The service had transformed the image of Irish television and introduced new programme formats and work practices which were quickly copied by other broadcasters.

A critical point was reached in 1999 when the station changed its name from TnaG to TG4, positioning itself as the fourth major television service in Ireland. The schedule was also revamped, with more primetime slots devoted to English-language programming, and with less popular Irish language programmes being positioned around these sure-fire audience winners. Sixteen years on from its initial launch, it was inevitable the pace of innovation would slow as the service moved to maturity. Yet the resoundingly positive public response to the TG4 general election debate between the three party leaders last February illustrated how firmly the station has established itself as a player.”

Most of this is true and Hourigan later examines the station’s positive impact on children’s’ programming in Ireland (despite facing tough competition from English language rivals, principally of course the cheap British and American imports broadcast on RTÉ). However her claim that it would be difficult for TG4 to compete in the area of current affairs programming with RTÉ’s Primtime or TV3’s Vincent Brown Tonight is less convincing. What difficulties exist in this area are largely due to budgetary restraints more than anything else and it is arguable that a Dublin-based news studio for TG4 would have a positive impact on its overall news and current affairs output. Dublin is the nation’s capital and the de facto centre for most national politics (and most news stories); the lack of a Dublin-based centre for TG4 is a severe handicap to its growth and development. Another liability is its reliance on RTÉ for its news programming. Contracting out to RTÉ has detracted from the station’s independence and the plurality of views in the national media and this can only be rectified by the network establishing a completely separate news and current affairs division.

Niamh Hourigan then tackles the thorny, and frequently misunderstood, issue of bilingualism.

“Fulfilling its public service remit to broadcast programmes in the Irish language will always be a hugely complex task for TG4 because attitudes to the language are so complex.

The tensions were very evident during the recent controversy about the exclusive broadcasting of a Leinster-Munster Pro 12 League rugby game on TG4. Former Irish rugby international Neil Francis was publicly critical, saying: “I have no idea what commentators or the analysts are saying, and I have no idea whether they are any good or not – and I suspect 99.5 per cent of the people who had to watch the match on the channel didn’t either.”

The key source of the tension here was the exclusive rights of TG4 to the game. Here in another form was compulsion – Irish citizens being forced to grapple with the Irish language – and it was clear a considerable proportion of them didn’t like it.”

This is a highly tendentious and somewhat partisan argument (and it is by no means clear that the proportion who objected was “considerable” – vocal maybe, and with ready access to the English language media establishment in the country but by no means a majority). TG4 is an Irish language television network in Ireland, the same way that TV3 is an English language network in Ireland (and in this case, a British owned one to boot). Indeed, with the creation of TG4 we have seen RTÉ, Ireland’s national public service broadcaster, all but abandon Irish language programming on its TV channels. Yet no arguments are made that the 42% of the population that identify themselves as fluent or partial Irish speakers should be catered for on these TV stations through bilingual programming. Are RTÉ and TV3 suddenly going to be “forced” to provide 42% of their output in Irish? Hardly.

Yet it is seen as quiet acceptable that an Irish language channel – the only Irish language channel – should be pressurised into accommodating English speaking viewers – who are already catered for with three English language TV channels (not to mention dozens of international English language broadcasters freely available on a wide range of platforms). This is yet another argument for positive discrimination in favour of English speakers when negative discrimination against Irish speakers is widespread and institutionalised throughout the state.

If anything TG4, nearly two decades on, should be moving away from bilingualism and the broadcasting of English language programming. It should be concentrating on producing indigenous programming (which its rivals have largely abandoned except for a steady diet of cheap, trash television) and the use of subtitling and dubbing for non-Irish language shows and movies. It should make standard the use of dual language audio channels (as is common in many bilingual nations) and expand its online presence. The separation from RTÉ should be completed by ending the supply of programming from the “national” broadcaster and instead the production of all domestic programming should be in-house or from the independent sector (a very positive and productive source as it is. In fact, as has been frequently stated, there would be no viable independent television production in Ireland without TG4!).

Though it is regarded as sacrosanct by many, the present headquarters of TG4 in Baile na hAbhann, in the west of Ireland should be reviewed. At the very least a studio complex, even a relatively modest one, should be created in Dublin and the news and current affairs department must be located there. In the area of public service radio broadcasting in Irish TG4 is surely the logical organisation to turn to. Raidió na Gaeltachta (RnaG), for reasons which mystify most people, remains under the control of RTÉ. As an Irish language radio station its treatment in the RTÉ structure is simply abysmal. Underfunded, undersourced, poorly ran and structured, it is the (deliberately) forgotten arm of the network.

RnaG must be liberated from the dead hand of Montrose and this can only come through an amalgamation with TG4. A single Irish language television and radio network, with a unified corporate structure and image, would provide the greatest value for money and service to viewers and listeners. What we have now is a mess, a national broadcaster that broadcasts almost exclusively in English controlling an Irish speaking radio station, when an Irish speaking TV station could do the job, and probably double the return in terms of investment and resources. The uniting of TG4 with RnaG would create a mutually supportive, symbiotic organisation with a cross-fertilization of audiences and programming.

Of course, if we were really sensible, and really concerned about more bang for our tax-paying buck, we would leave English language broadcasting in Ireland entirely to the private sector (with suitable regulations to ensure Irish ownership of the media and guaranteed levels of quality and news, documentary and drama output). Pubic service broadcasting would then be entirely through the Irish language and RTÉ would be a monolingual Irish broadcaster. The freeing up of advertising revenue in English would create a secure income stream for the independent English language broadcasters who would no longer have to appeal to the lowest common denominator in terms of TV output in order to ensure their survival (an especially sensible move as broadcasters outside of Ireland have now come to dominate our domestic market through services on cable, satellite and the internet). Such a move might well spell a renaissance for English language broadcasting, on TV and radio, in Ireland.

Likewise, for Irish language broadcasting the full weight, depth of experience and resources of RTÉ would transform its fortunes. With two television channels (RTÉ 1 and 2) and three radio channels (Radio 1, 2FM and RnaG) the scope for growth and development would be enormous (the current, entirely wasteful provision of half-hearted digital TV and radio channels could be dropped). The revenue lost by broadcasting in Irish alone, including restrictions on carrying only Irish language advertising, would be partially replaced by rolling the budget and assets of TG4 back into the RTÉ structure.

Other reforms could include the dropping of the ineffective and increasingly irrelevant TV licence fee (for which An Post charges an astonishing 20 million euros a year to administer yet which fails to collect millions of euros each year from people or businesses that refuse to pay or otherwise dodge payment). Like some other nations, in the age of multiplatform devices, where a licence for a “television set” is simply an anachronism, direct state funding, overseen by a fully independent body, is the only sensible way forward. A budget of 400 million euros a year would provide an entirely adequate public service broadcasting network for Ireland. And all through the medium of the Irish language.

That is the logical, cost-effective way forward. So don’t expect it to happen. Ever. 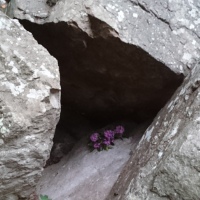