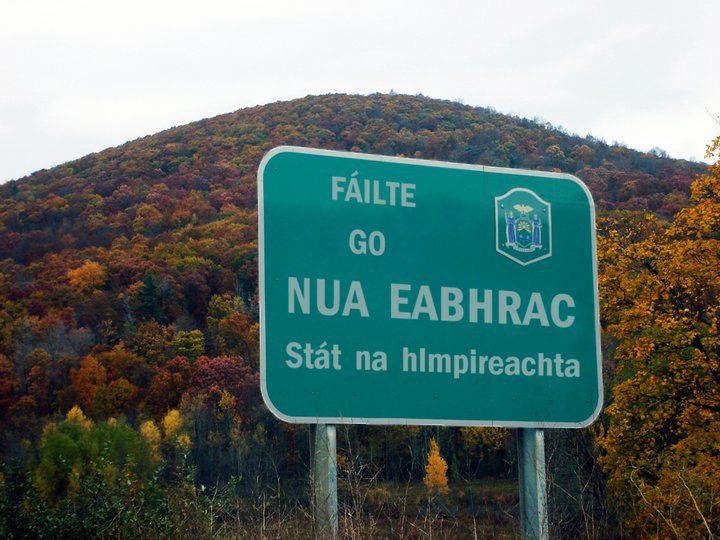 I’ve written several times about the potential of the Irish language for cultural tourism in Ireland, particularly with visitors from the United States, Canada and Australia. Now here is some more evidence of the interest in our native language by people living in North America, via the Washington Post:

“Fifteen students gathered inside a basement classroom at Catholic University on a recent evening to ponder a laminated vocabulary list that looked like some language instructor’s cruel joke.

The words were jumbles of seemingly random letters, strings of unpronounceable consonants, like the work of a touch typist who inadvertently plants his fingers on the wrong keys.

But for these students, and for kindred spirits in America and Ireland, the Irish language has emerged as an improbable passion.

As the Irish diaspora prepares for St. Patrick’s Day, the Hibernian tongue, once at the brink of extinction, is enjoying a modest revival. A 2009 survey by the Modern Language Association found enrollment in Irish-language classes in the United States numbered 409 students, compared with 278 in 1998, 58 in 1990 and 28 in 1980. Classes at Catholic University drew 18 students this year and 20 last year, the largest enrollments in recent memory. [ASF: I’ve been told by those working in the area that the figure for those taking Irish language lessons in a school-room setting in the US is expected to approach 1000 students for 2012 and is largely limited by a lack of trained teachers and resources. The numbers learning online in the United States are far higher, up to 5000 or more]

Catholic may be the only college in the Washington region that has ever mounted a significant Irish language program. The effort is one of the oldest in the nation, funded through an 1896 gift of $50,000 from the Ancient Order of Hibernians.

The gaelscoil, or Irish-language school, has proven inordinately popular among Ireland’s elite, and many schools keep waiting lists. A report in the Irish Times newspaper said the movement had taken hold there not only in remote hamlets but also with affluent helicopter parents swept up in a “post-Riverdance cultural zeitgeist.”

“There’s kind of a seismic change taking place in Irish identity,” said Traolach O’Riordain, director of Irish studies at the University of Montana. “It’s more common to hear the language spoken in cities now, compared with 30 or 40 years ago . . . These kids are coming out and they’re forming Irish-speaking clubs and associations.”

Ronan Connolly, 31, taught at a gaelscoil in his native Monaghan, Ireland, before coming to the United States four years ago. Now he functions as a sort of one-man Irish heritage society. Connolly took over the Irish course at Catholic in the fall. He also teaches Irish classes out of an office in Friendship Heights. In his short time in Washington, Connolly has coordinated an annual Irish film festival, produced an Irish music podcast series and played Gaelic football with the D.C. Gaels.

No one was more surprised than he at the success of the Irish classes. “I had come across this notion that Americans aren’t interested in learning other languages,” he said.

With a renewed focus on tourism in Ireland one wonders if the Irish state will ever wise up and start to tap this great reservoir of potential visitors, just as France, Spain, Portugal and Israel have done, or will we forever remain blinded by the anglophone necrophilia of the powers that be.

4 comments on “Irish In America” 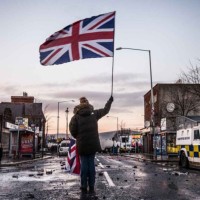